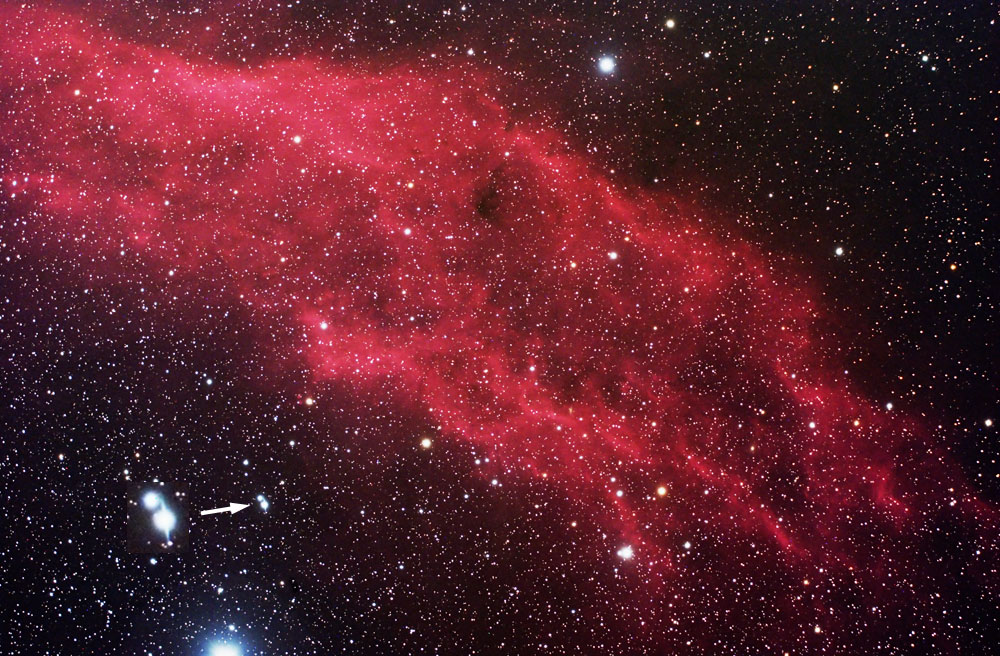 Above image taken with my usual setup and processed the usual way, notably with the Takahashi TOA 130 Telescope & reducer, and the QHY8 CCD camera.   This is from Wimberley, TX, 12/2009, 18x5 minutes = 90 minutes in mediocre sky conditions, right before things completely fogged in.

Note the inset in the lower left, which is interesting.  The one star, which I believe is identified below, ended up with a spike.  It looks like "blooming" I believe, but I've never seen the camera do that.  Let me know if you have an idea as to what caused that please!

Latest West Texas Astronomy Pictures are at this link

Pictures from the first "night out" with this camera are below. 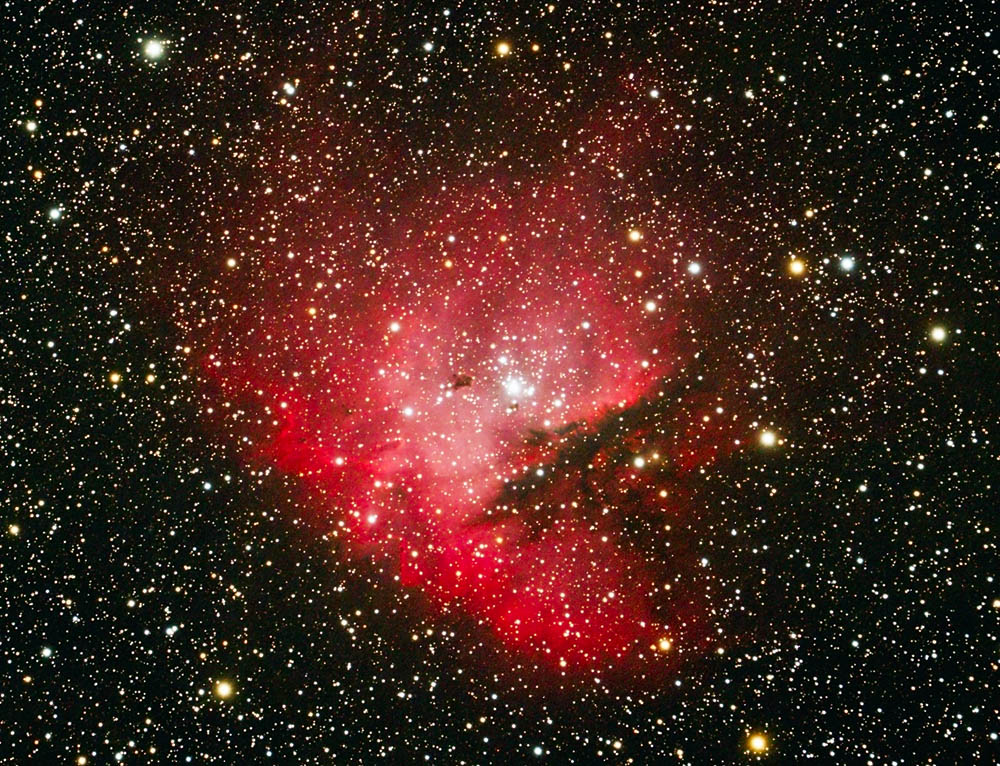 Three hours (36x5 minute) exposures using the QHY8 CCD camera.   Details on this nebula are found on my primary Pacman nebula page here.  Telescope was the Takahashi TOA 130 with the flattener with the AP 900GTO mount and the  QHY8 CCD Camera.  9/27/2008, HAS Site near Columbus, TX.  Image Processing:  I intended to shoot raw but did not.  Processed in nebulosity with 20 flats (not bias subtracted) and 6 darks (not bias subtracted).  Combined in Registar, a little stretching in Nebulosity, and final processing in Photoshop CS3.  Neat Image noise reduction. 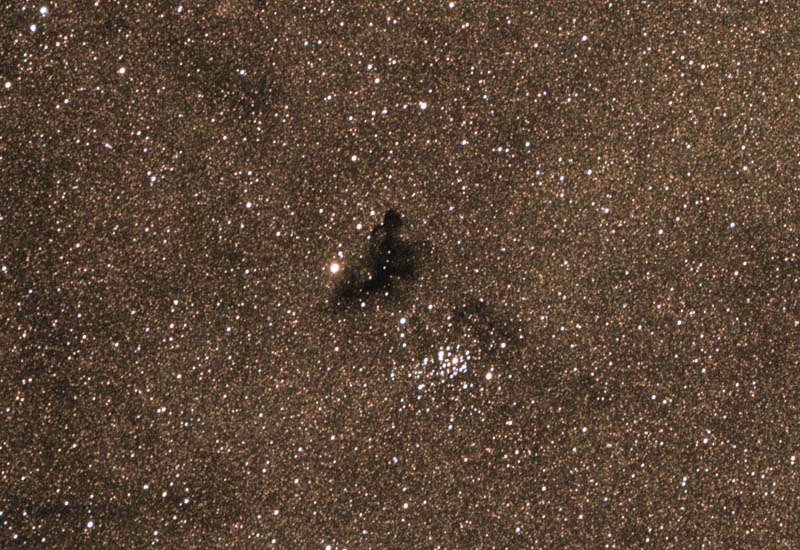 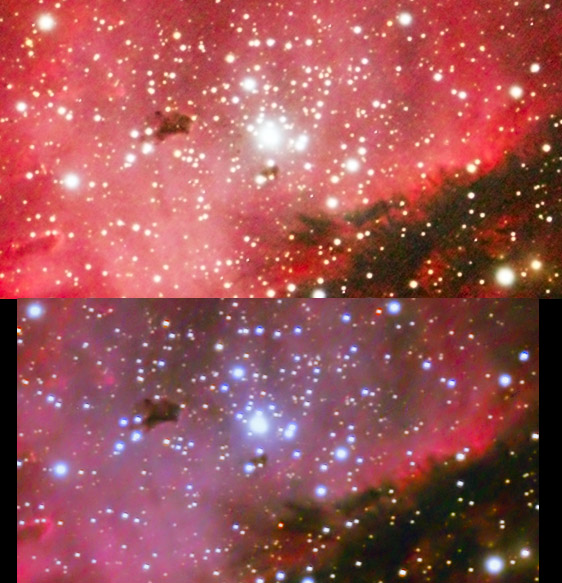 180 minutes exposure on top, vs. 84 minutes.  Obviously the DSLR shot was processed more to accentuate the blue. Whether the blue is "natural", a result of poor focus or artifacts, or that was  just the way I processed it is not clear.  The other web images I've checked out don't have the blue.  Beyond all that, I would observe: 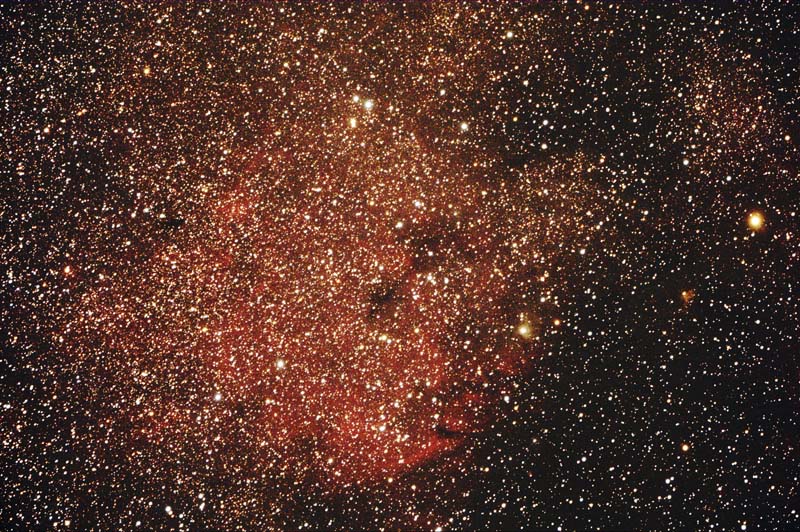