This page shows pictures of the busy Eastern Bluebird couple in our backyard.  They have two surviving offspring (as of June 2016) that are shown on the juvenile page.  There are a couple of Western Bluebird pictures from West Texas shown at the very bottom of this page.  I also have some Bluebird videos on YouTube:  1) Female Bluebird feeding the babies, 2) Male Bluebird chirping and puffing up. 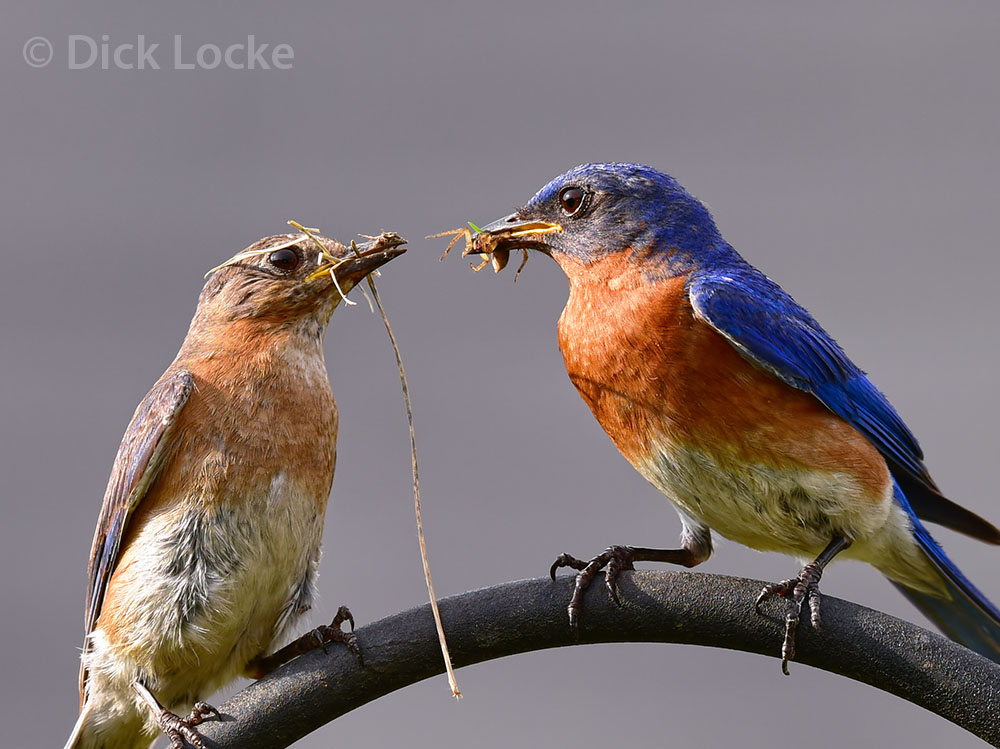 Just two weeks after the fledgelings left the nest the female is hauling in more building material non-stop.  The male is about ready to pass her a spider snack.  Isn't he considerate?  She did lose most of the grass in the process! 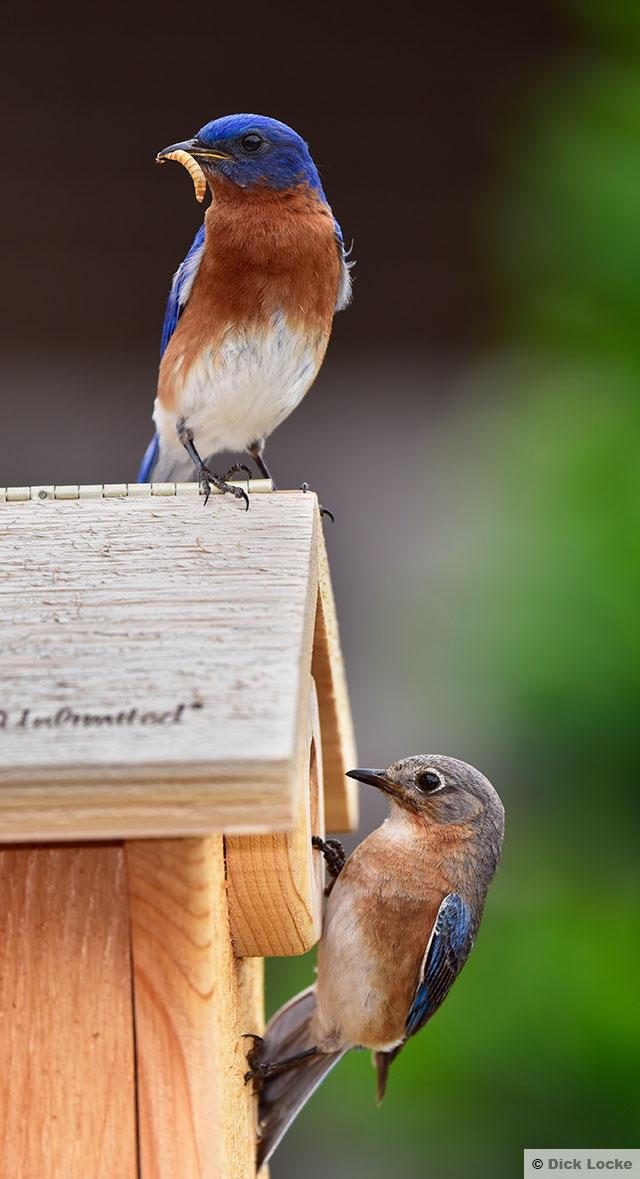 The male is luring the female to a potential love nest with a tasty morsel.  We're hoping they move in and have babies ;-) (May 2016 update, yes, that happened!) 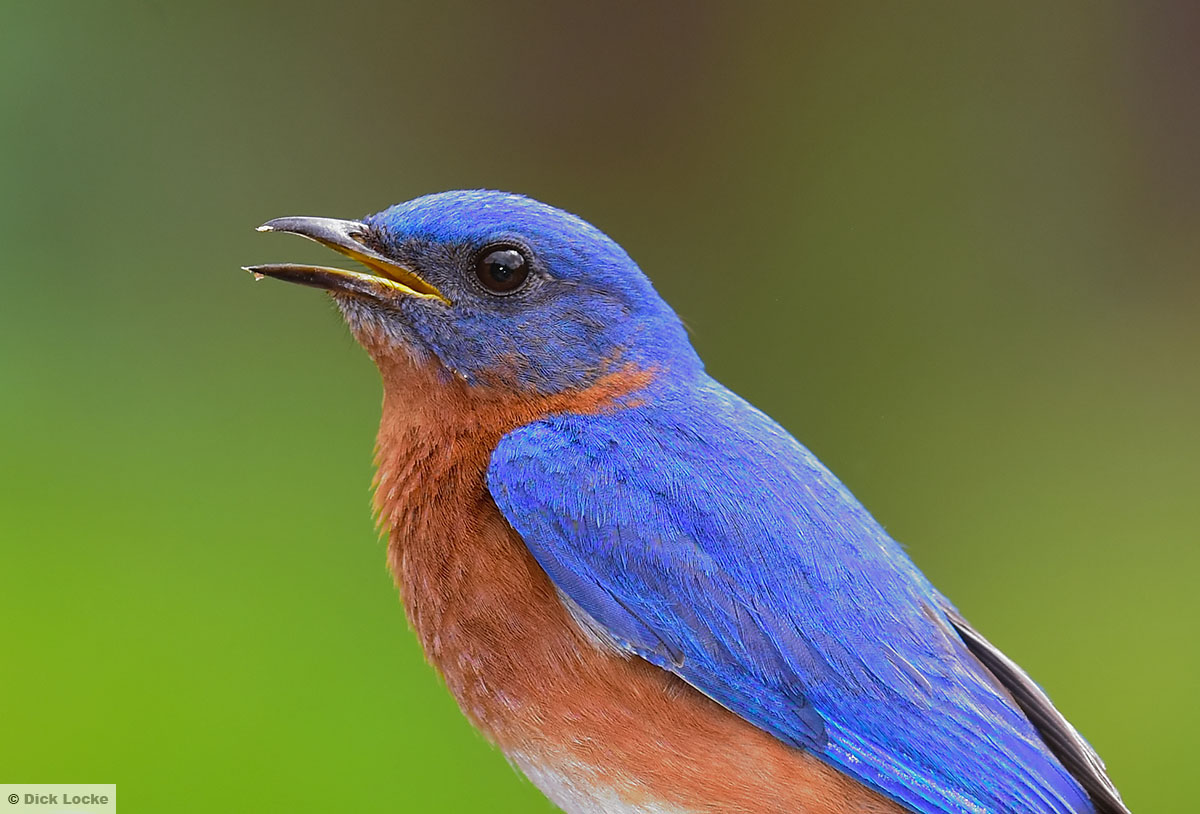 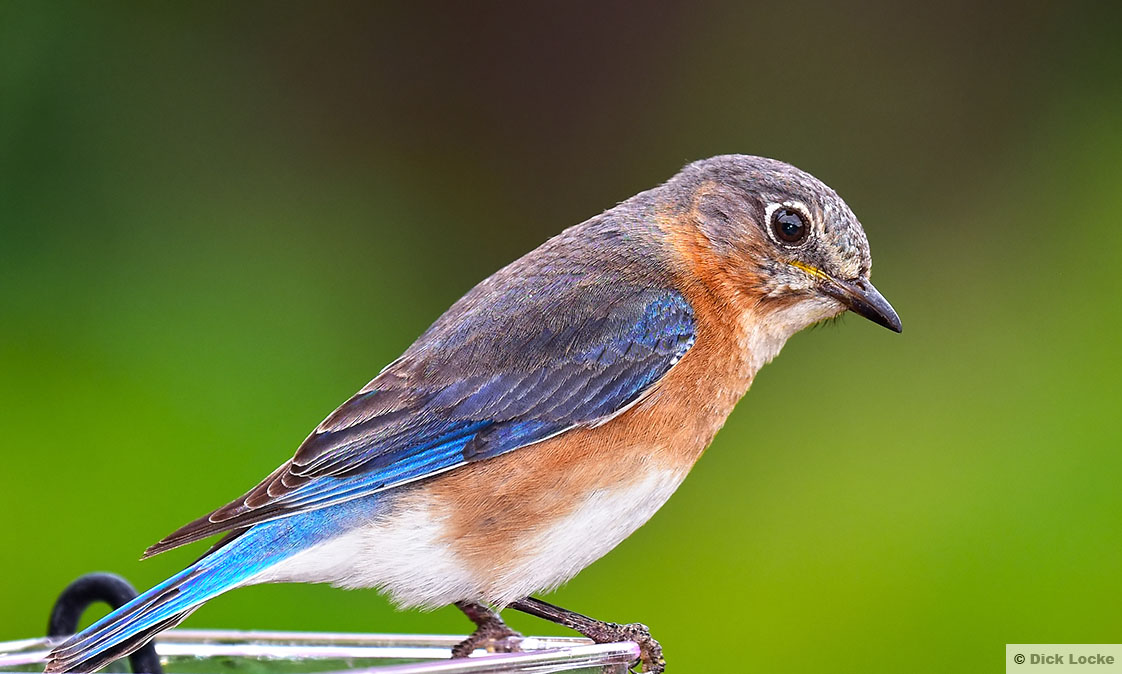 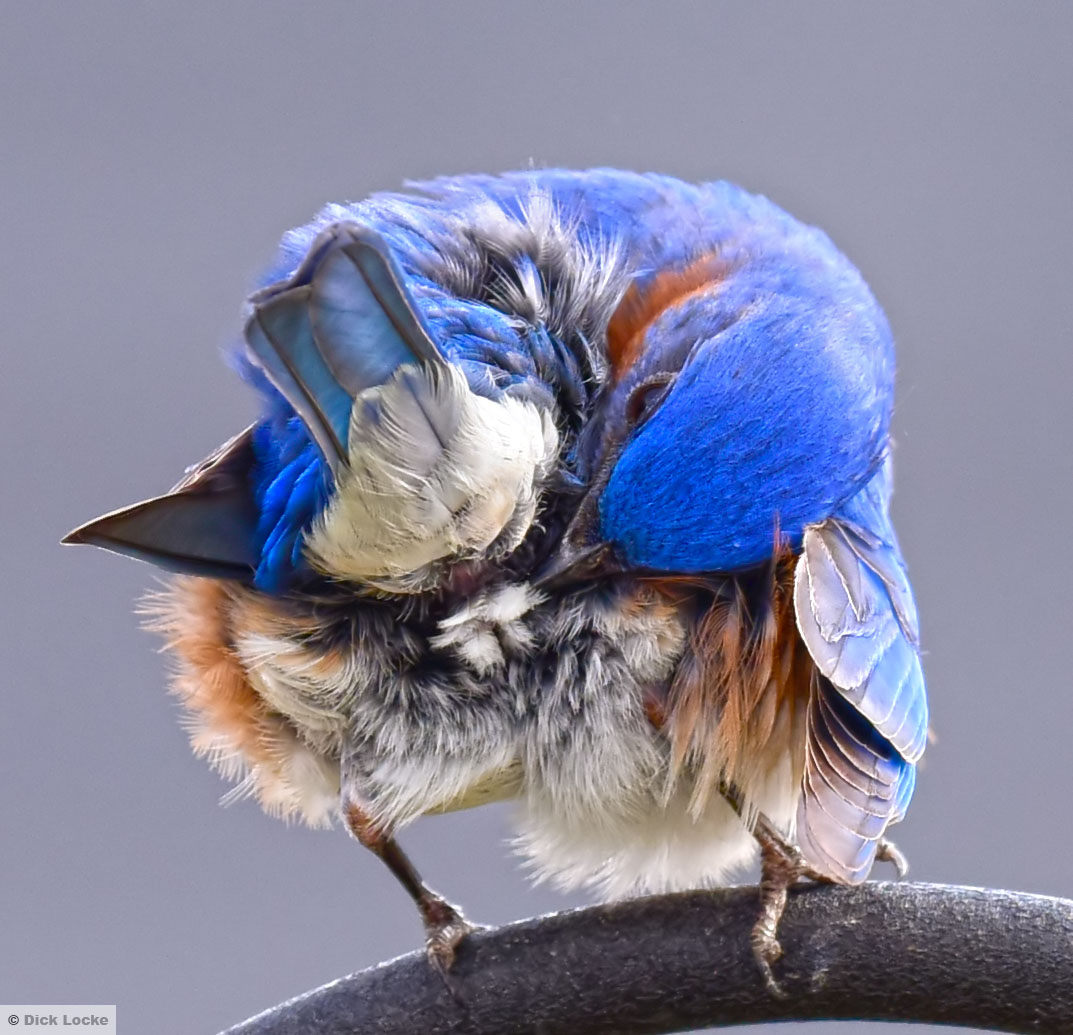 Our guy is working on those hard-to-reach areas! 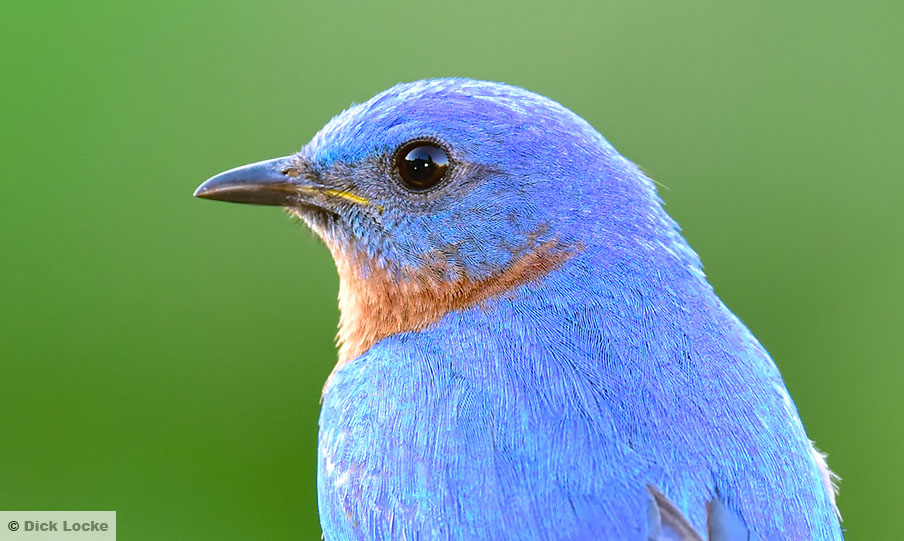 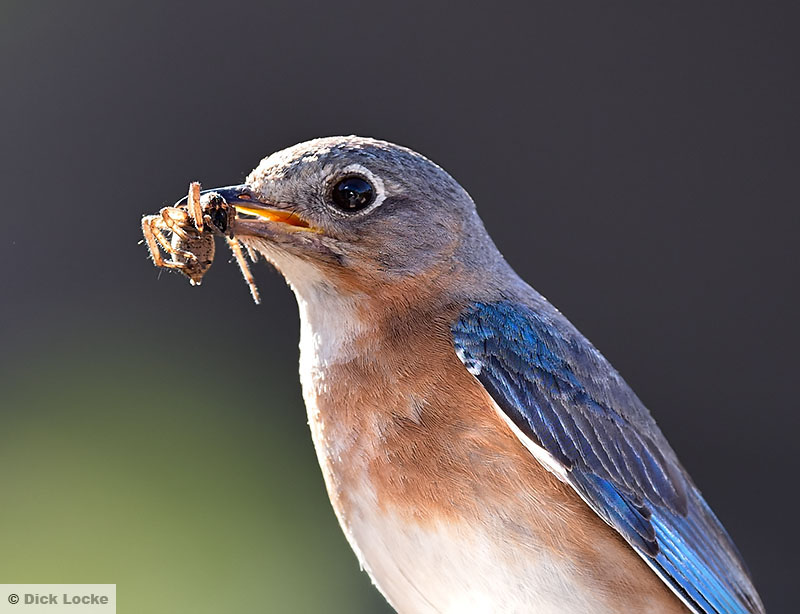 Our female Bluebird appears to be adept at catching spiders...  I'm not sure, but maybe she's showing off? 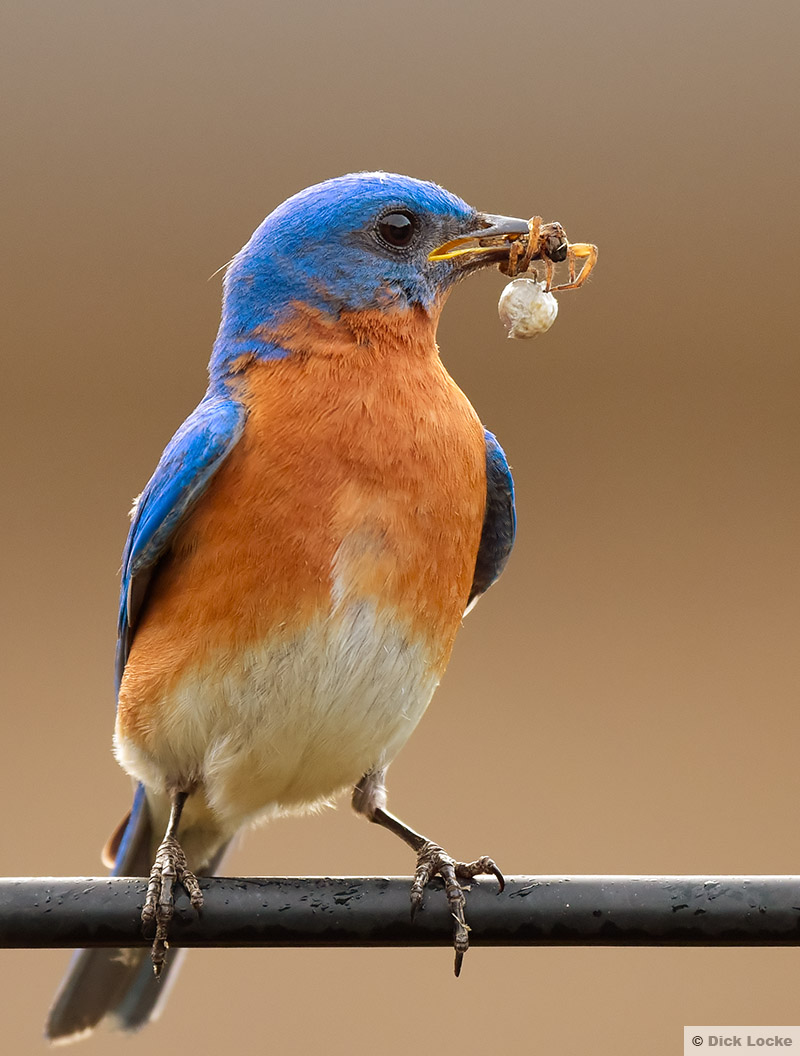 Male Bluebird with a Spider...

No spider is safe from our bluebirds!  I'm guessing that's an egg sac.

Another for Spider Girl

Mealworm Down the Hatch!

We've been putting out mealworms for some time and the bluebirds are now going for them big-time (March 2016). 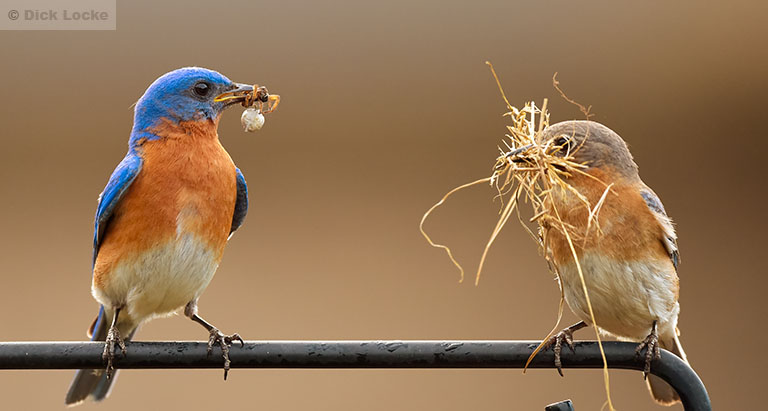 She's working on the nest...  He's eating and/or showing off I guess. 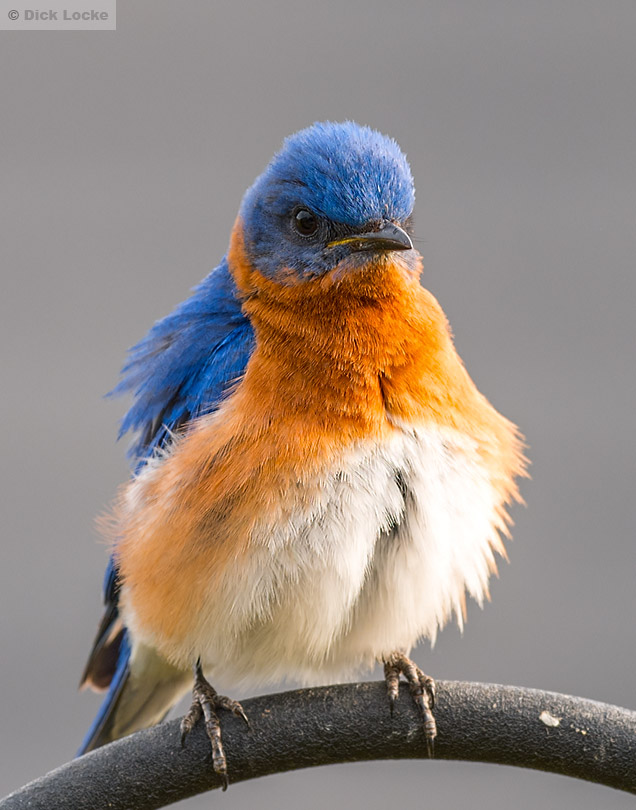 I've also caught some Western Bluebirds in the Davis Mountains...  Not great pics, but you get an idea of the differences: 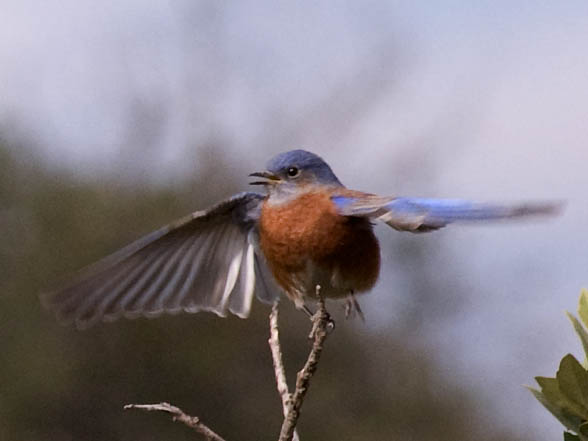 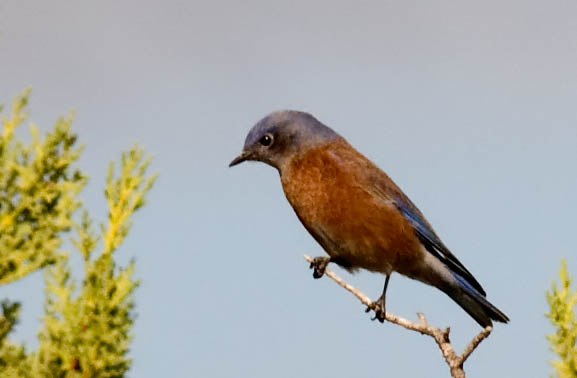 More backyard bird pictures are here.  You may like the Hummingbird and the Big Woodpecker page, too, along with my "Main" Bird Picture Page