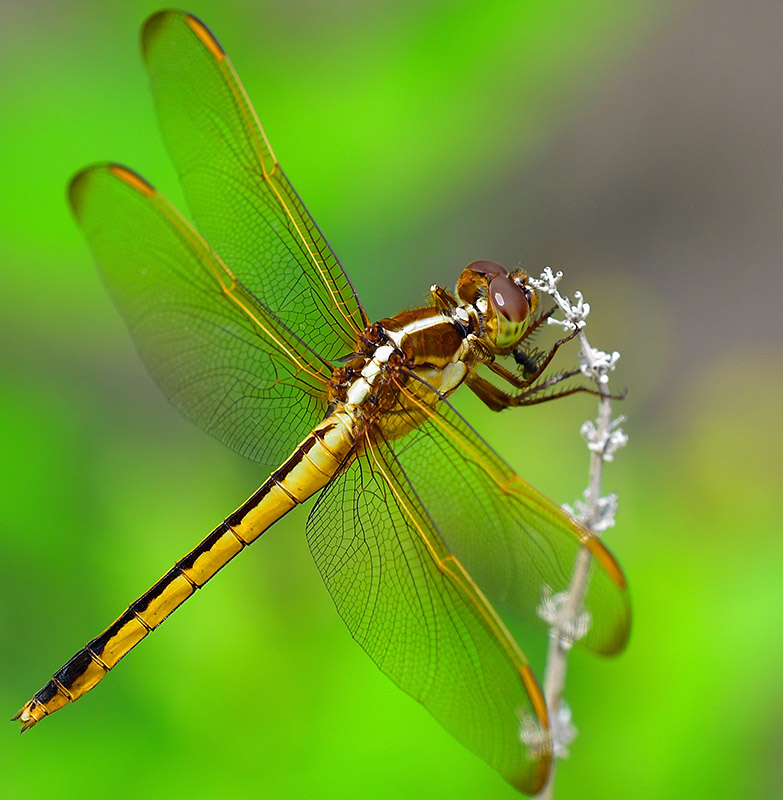 This is from the backyard, May 2015.  If you look carefully you can see its prey which I suspect (and hope) to be one of that big nasty mosquitoes we're seeing after all the rains.  Thanks again to Gil who provided the ID:  This is a female-type skimmer, family Libellulidae. There are two species in your area that are almost identical: Golden-winged and Needham's Skimmers. They are told apart by the markings on the sides of the thorax. I can see just enough of that in your photo to suspect this is a female or immature male Needham's Skimmer (Libellula needhami).  After viewing the image below:  Based on the lateral view, it is confirmed: Needham's Skimmer.  Image Details: Nikon D750 Camera, 200mm f4 macro lens aperture priority f8, 1/1600s, auto-ISO 1000, matrix metering.  I used the fine resolution JPEG out of the camera, vivid setting, plus HDR toning in Photoshop at default settings, but with a fade to just saturation. 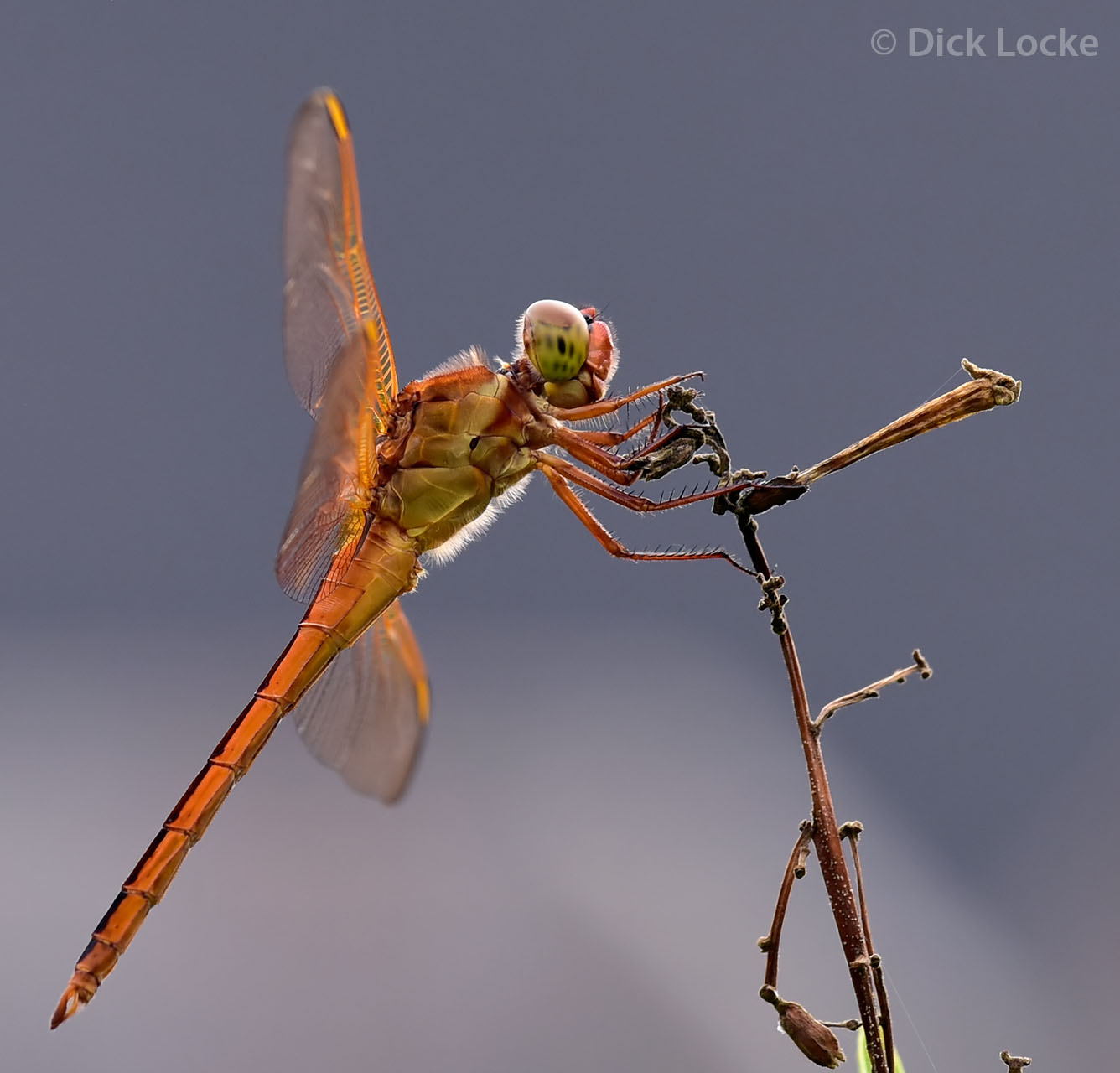 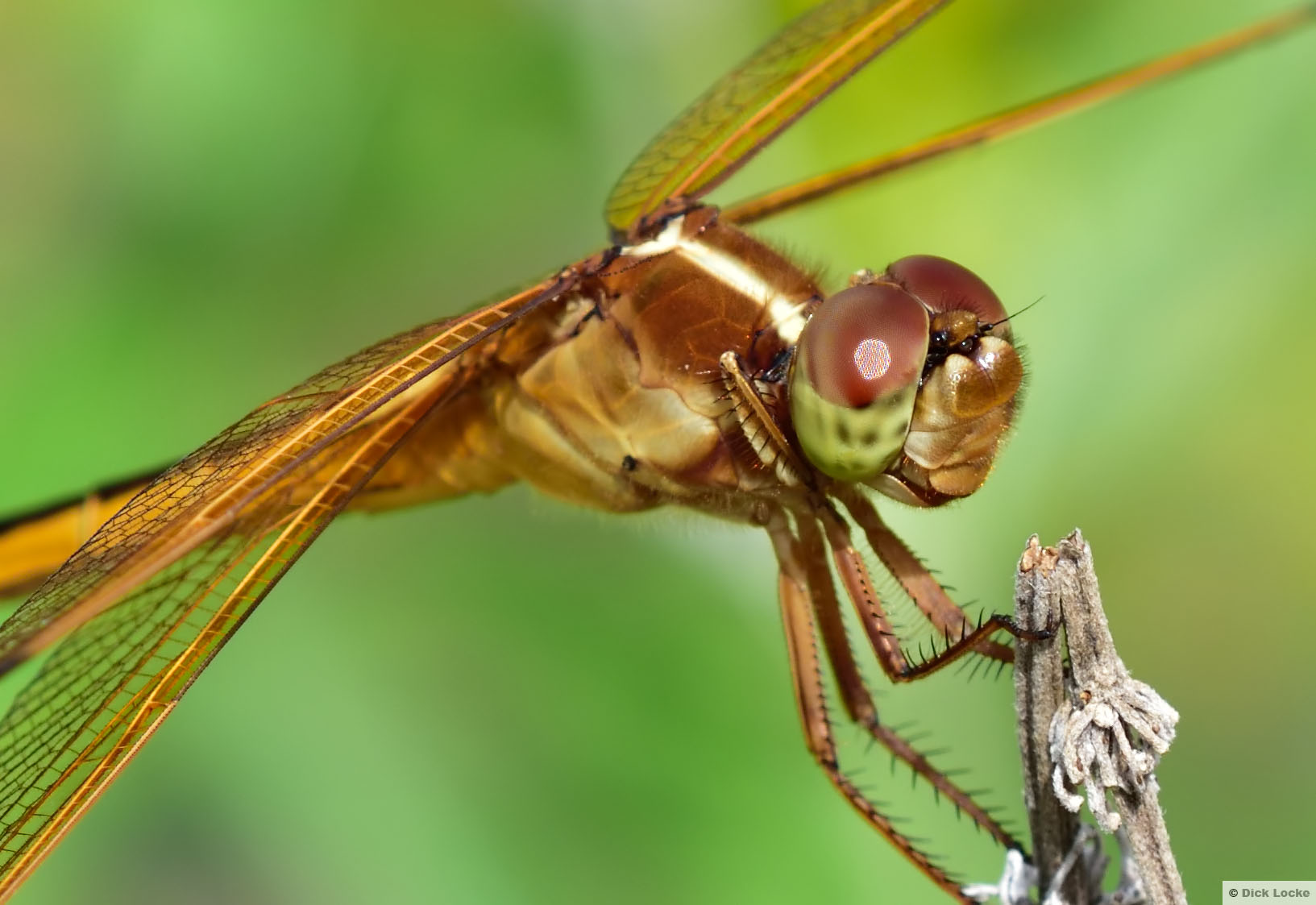 Best Guess from Gil: Roseate Skimmer (Orthemis ferruginea) and I (Dick) believe it to be a male.  The red dragonflies in the yard are proving most elusive. 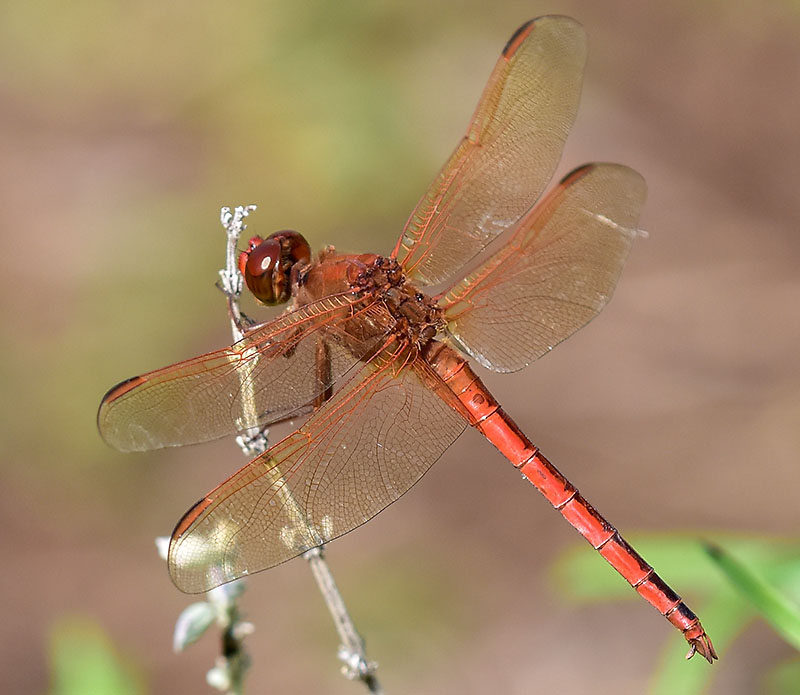 Best guess is another male Roseate Skimmer...  This time caught in direct sunlight.  Unfortunately I was wrestling with my camera while trying to shoot this guy and only got one usable picture of this pose. 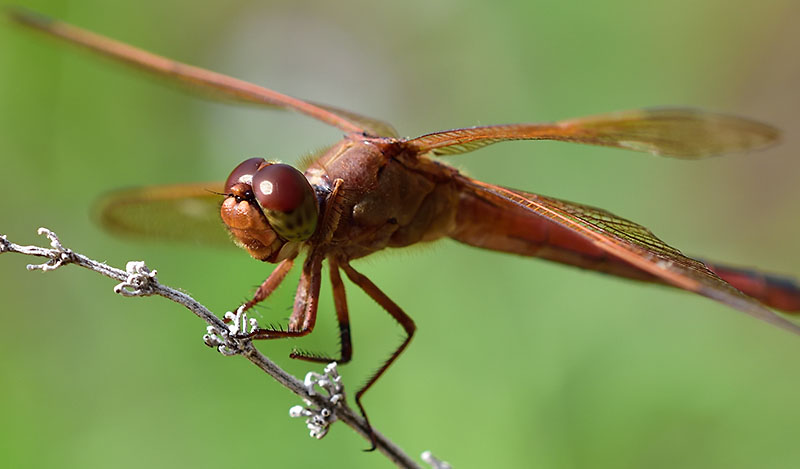 Same dragonfly as top of page. 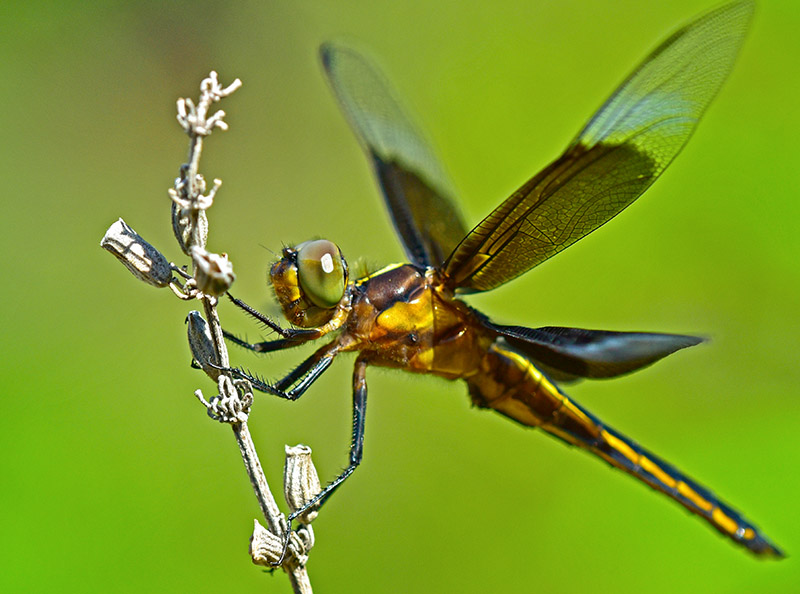 Gil advises: Widow Skimmer (Libellula luctuosa), either a female or an immature male. The pattern of darkness on the wing is distinctive in this species. It is a close relative to, and in the same genus as, your Needham's Skimmer. Details: Backyard 5/31/15, Nikon D750, 200mm micro lens at f8, 1/1600s, ISO 1000.