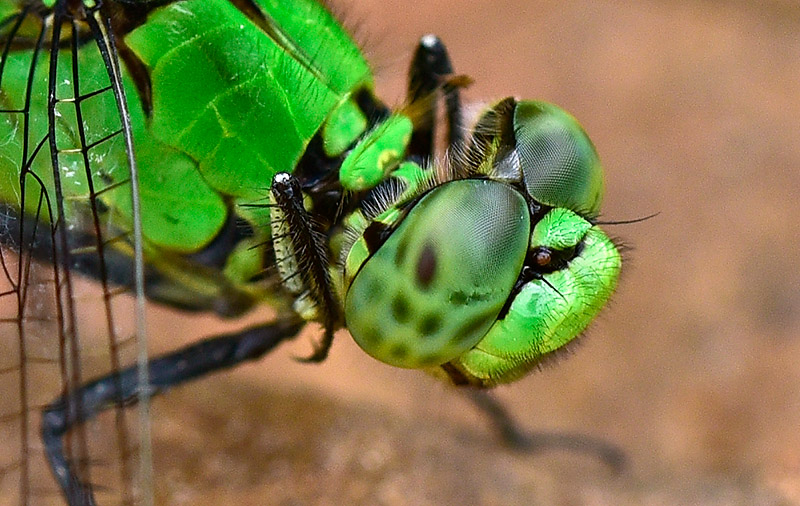 Pondhawks are colorful dragonflies that are plentiful in our yard.  The females are green, while the males are mostly blueish. 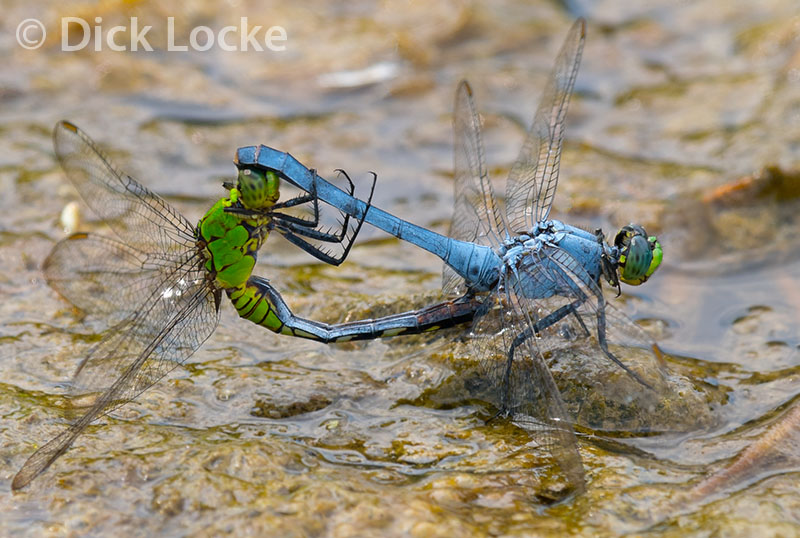 Dragonfly mating is unusual by human standards ;-)  The Female is green and the male is blue.  This is from 2016 in our neighborhood with the big lens and D810A camera. 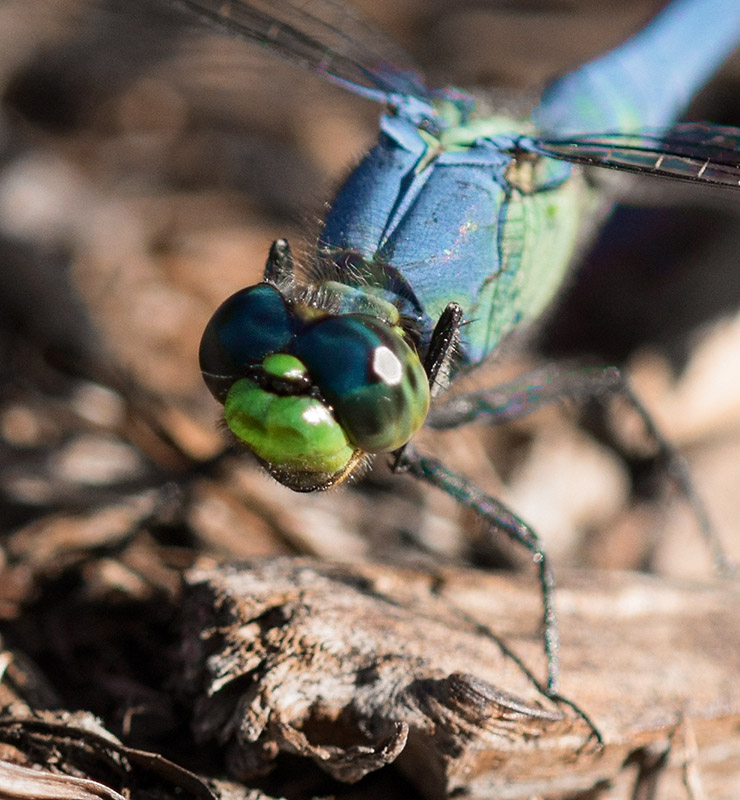 Nikon D750 with 200mm f4 macro lens, f5, 1/1600s, ISO 800 from near The Woodlands, TX.  Once again my email pal Gil comes through with an ID:  This one was not a huge challenge, thank you! Your photos show Eastern Pondhawk, Erythemis simplicicollis. The female is green. Males start out green too, but turn blue as they mature, so the multi-hued one is an immature male. 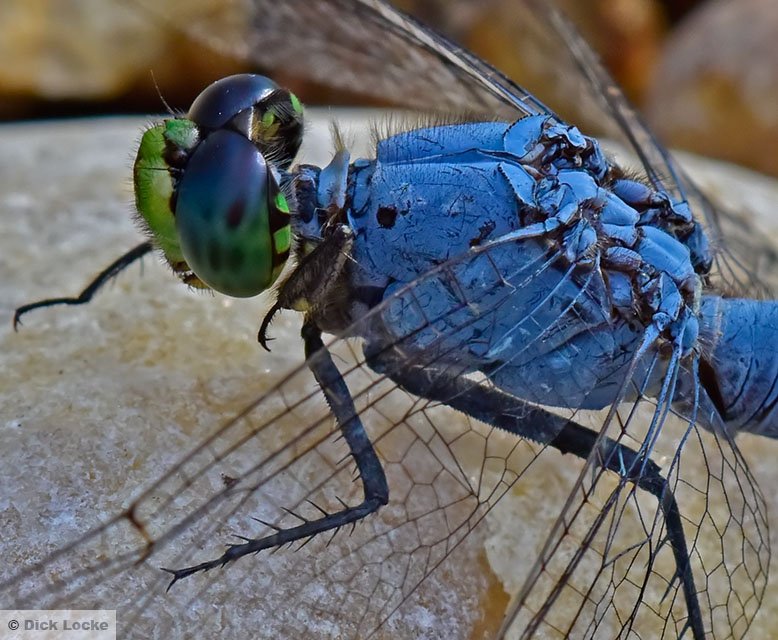 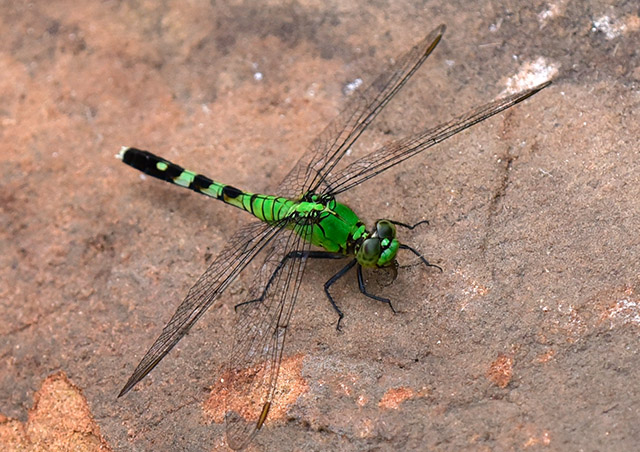 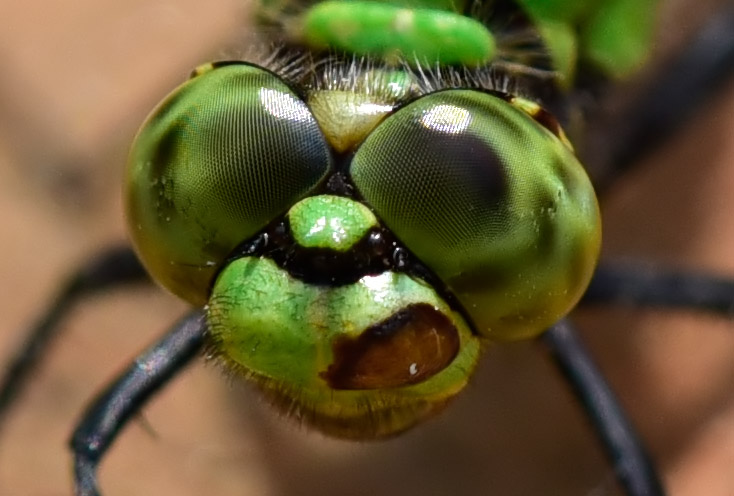 I'm usually not able to see the detail in the compound eye of my dragonfly shots, but I did catch that in a few pictures of this gal in our front yard.  The best theory on the brown patch is that it's a stain from something brown and sticky, maybe bug juice (thanks Gil!)  Nikon D750, 200mm f4 macro, f8, 1/2000s, ISO 800, matrix metered.  This is a very slight tweak of the jpeg image and is a crop at the full camera resolution.