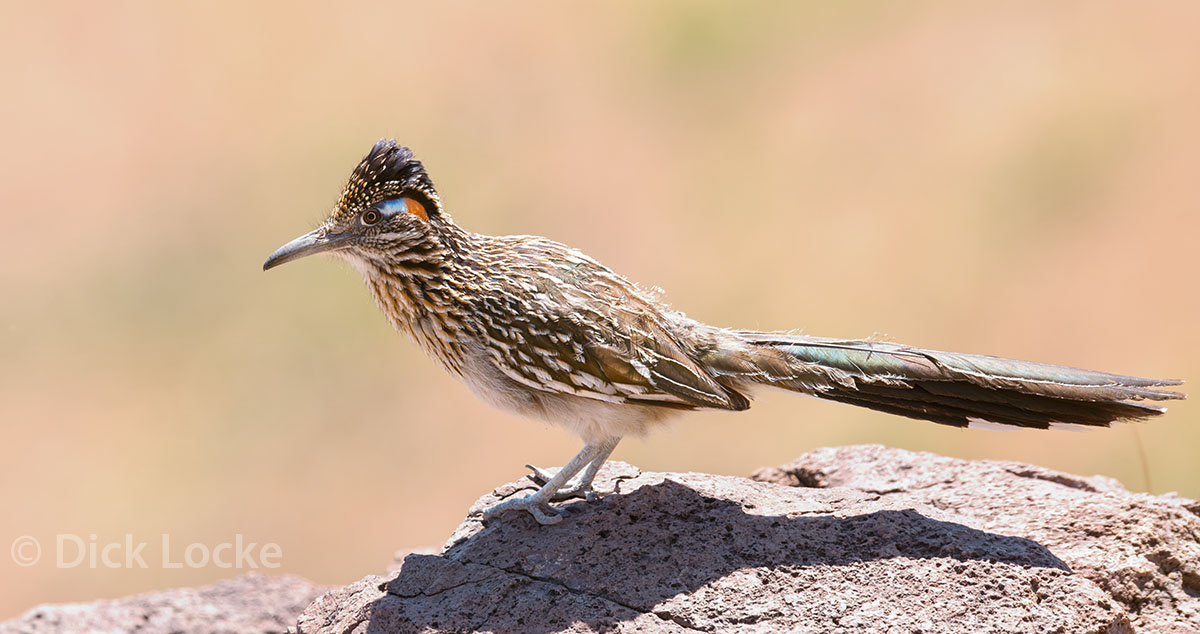 This guy was making strange noises, almost like a cuckoo, outside the vacation house. Turns out, it's a member of the Cuckoo family. So there you go!  It seems he was calling to his girlfriend.  She showed up right after he flew/glided down the mountain, and did the same.  So roadrunners can fly, for short distances. 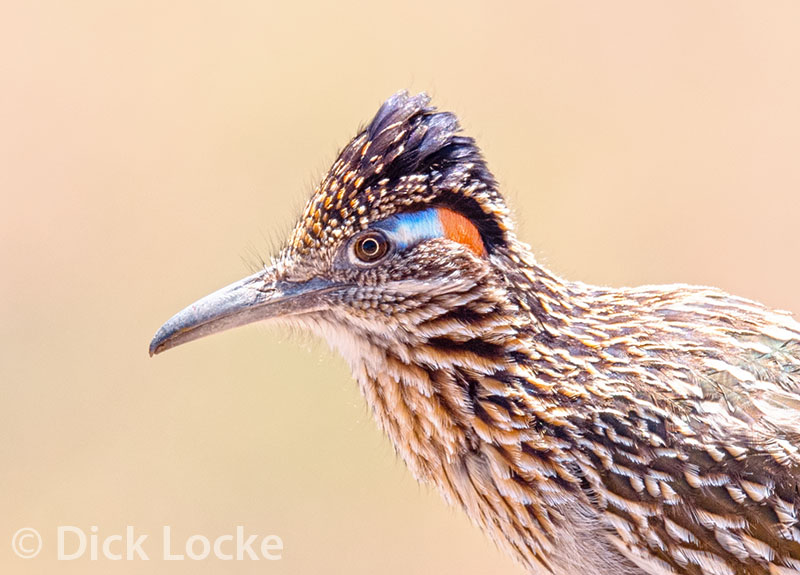 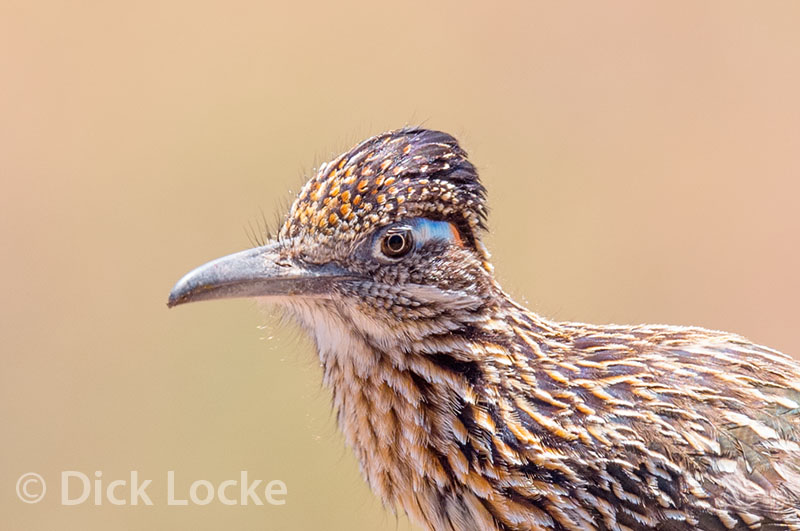 The above are all from the Spring 2016 Davis Mountains trip. 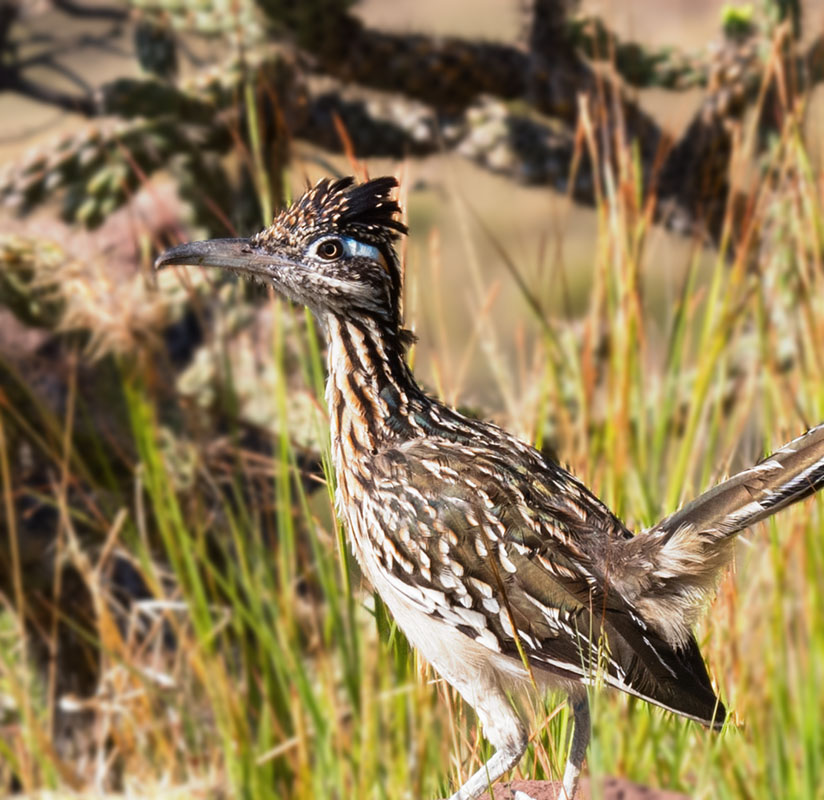 This guy was running around during our 9/15 trip, but I felt like Wile-E-Coyote trying to chase him down for a picture.  This is one of the better shots I got off. 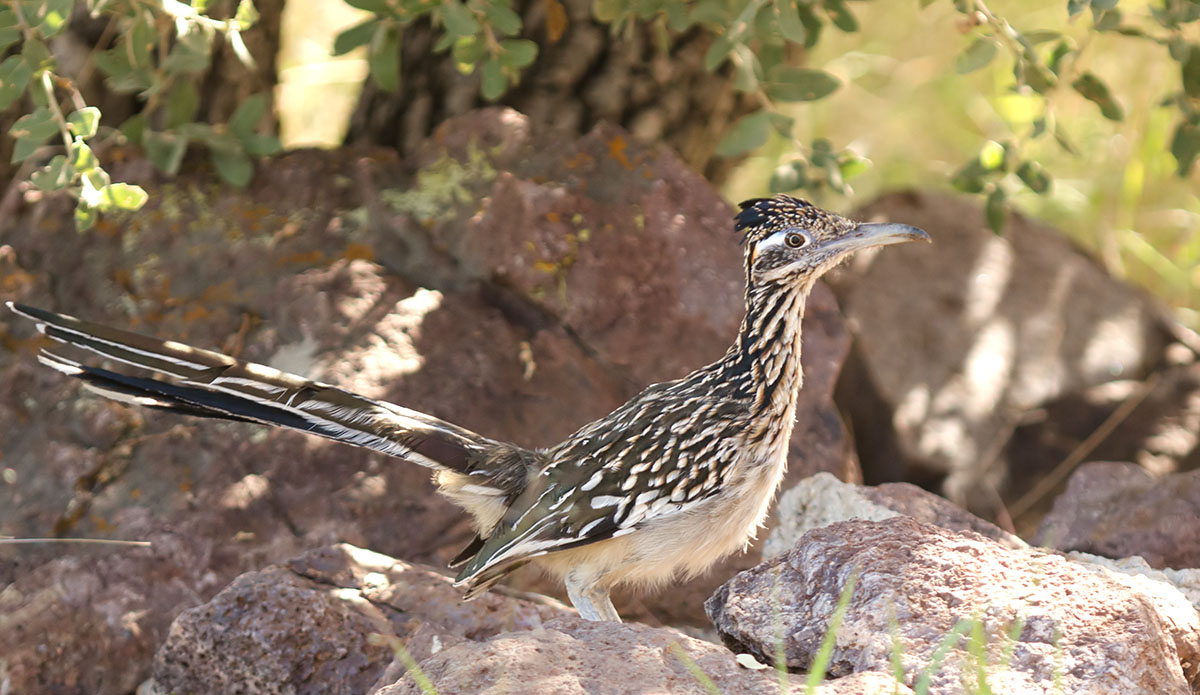 As noted, the roadrunner(s) led me on several merry chases in 2015.  Here's another decent shot showing the full length of his tail. 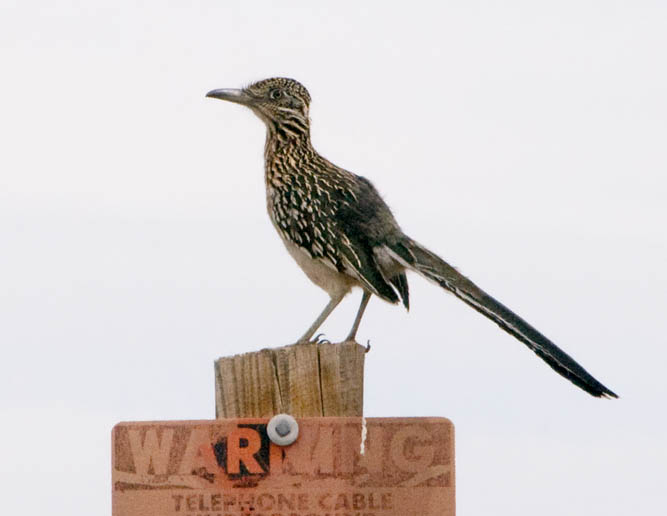 Copyright © by Dick Locke except as noted.  All Rights Reserved.
Image Use Information