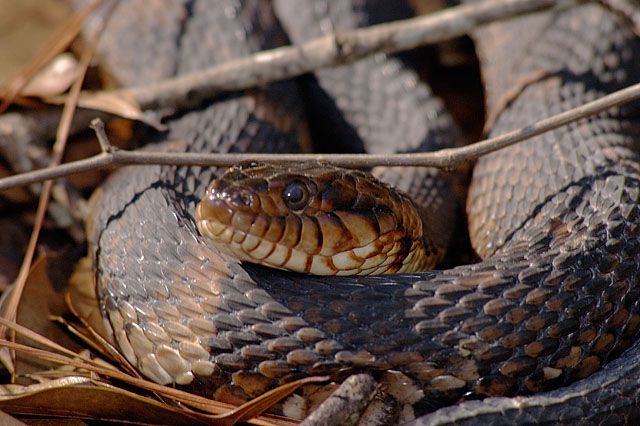 I previously thought this was a Lindheimer, common name = Texas Rat snake, but several people wrote to correct me.   Josh P Says: " It looks like a couple of your snake pictures are actually Nerodia fasciata (Broad-banded water snake) instead of Elaphe obsoleta lindeimeri (Texas rat snake). .. Just thought you should know." .  Mike says: I would have to agree with Josh P that snake is definitely a Broad-banded Water Snake.  Notice the large upper lip scales. Also how much the keeled scales go down on the side of the body. Also the snake is a fairly large specimen, notice how thick it is. For a Texas rat snake to be that thick, it would have to be a 6 feet long specimen. Their climb trees quite a bit. The Broad-banded water snake in that picture is about 2.5 to 3 feet long. None the less, still an awesome find.  Details for above:  1/24/2004 near the Shadowbend Marshland Experience.  Got pretty close to him with the 80-200mm zoom, used center-weighted meter & flash on program with the D100, 1/60sec at f5.6 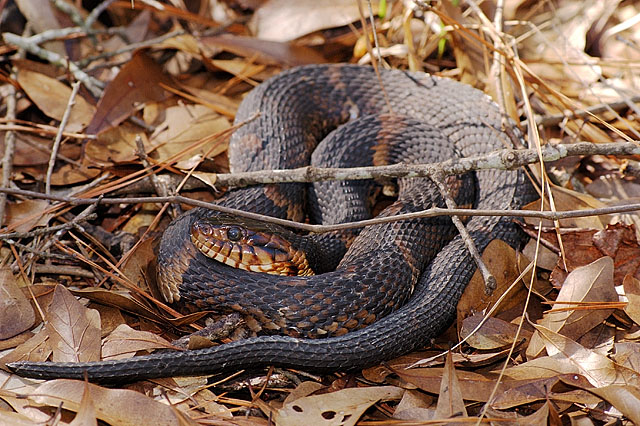 Same details as above.

Below: March 29,2008:  I noticed the flowers were blooming at the "Shadowbend Marshland Experience," a pond and wetlands area near my house, while I was doing my walk this morning. I also saw a snake, so I had to grab the camera gear and return. 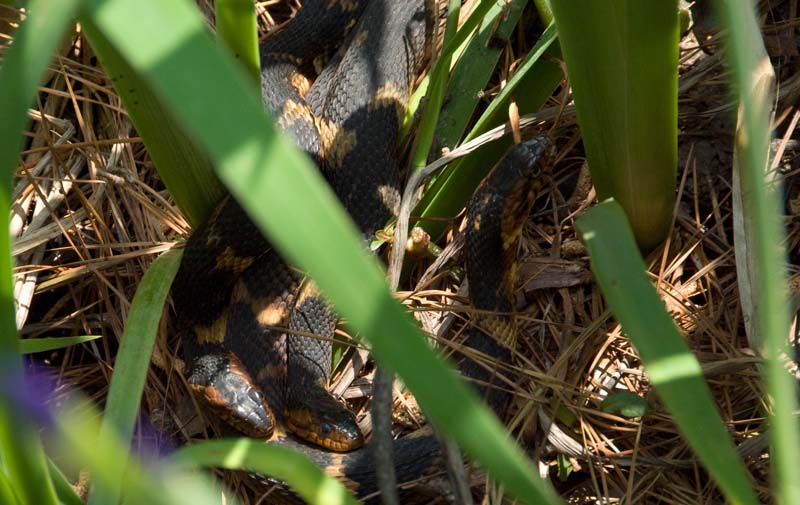 Can you see all three? 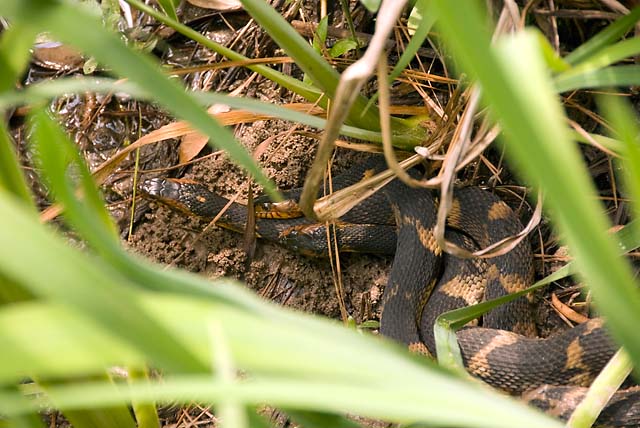 Back to the Water

This is my second snake picture page, featuring images of watersnakes.  If you like the snakes, you'll probably like

Snake talk 1: John K. notes that the Lindheimer is ...excellent at keeping rodent populations in check. Not a great temperament though. Will bite, though not dangerous, but mostly will crap on you something fierce!

Snake talk 2 from DB:  People here in Texas tend to think that almost every snake is a copperhead. Remember, poisonous snakes have PITS - they are pit vipers - except for the coral snake. Their heads are also usually shaped much more like an arrowhead, angular.