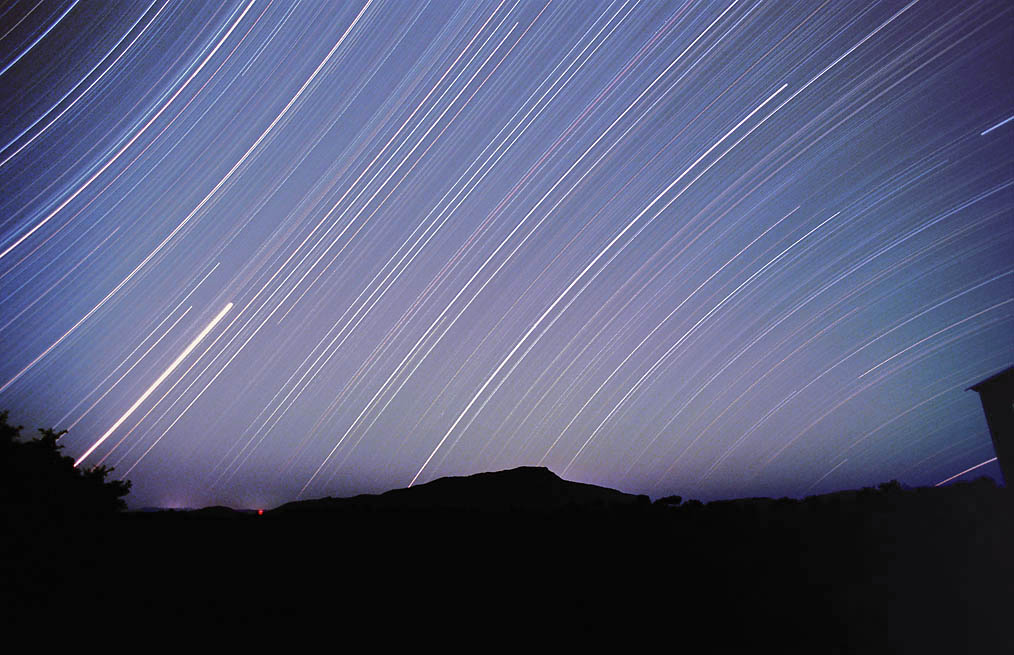 Early Morning Star Trails - Venus Rising on the Left (mouse not over image) and Davis Mountains Late Afternoon Sky  (mouse over image).  Venus was ~ 7 degrees N. of due E when it rose this night.  Sirius, the brightest star in the sky, rises just to the left of Blue Mountain's peak.  That's Canopus at the extreme lower right, which is 15 degrees E. of due S.  The 18mm lens on this camera encompasses about 100 degrees of the horizon.  This page shows October star trails, but shows a more northerly view of the sky & discusses the different circular vs. straight trails.  This page shows a more southerly view, featuring Canopus.  The stars in Orion are moving in nearly straight lines because they are close to the celestial equator.

There's been discussion about how much the lens is "distorting" the motion of the stars in the picture above.  A person in one of my astronomy clubs asked: Interesting shots Dick. I assume the wide angle lens gave the "fish-eye" effect to the upper image, making it look like stars to the left and right of the image are following curves around different points.  To which I replied: The 18mm lens used on the top pictures isn't a fisheye, it's rectilinear ;-) See <http://www.bobatkins.com/photography/technical/field_of_view.html> for a discussion of the diffs.  Conclusion: Generally, the 18mm wide-angle lens has some distortion (pincushion distortion, perhaps), but that isn't really altering the star trails in a fundamental way.

There's a discussion of this also on Cloudy Nights.  (You may need to be a member there to see this; not sure.)

10/2007 from Davis Mountains, TX, USA.  That's Blue Mountain off in the distance.  the red light in the east is pretty much the only light you can see from the site.   These are both from film images using the Nikon 18mm very wide angle lens to encompass a large area of the sky.  Fuji SHQ200 film, Nikon F2 body.  Check out the additional trails below, which use the same film, which show the more familiar circular pattern near the celestial north pole. 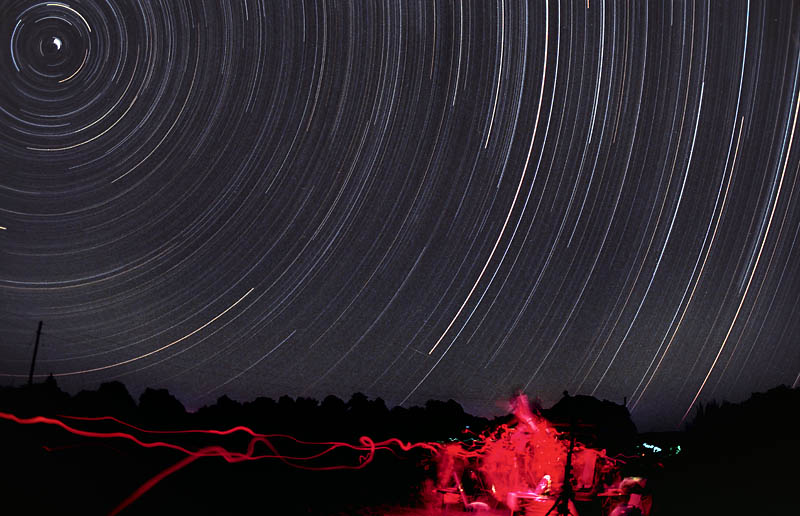 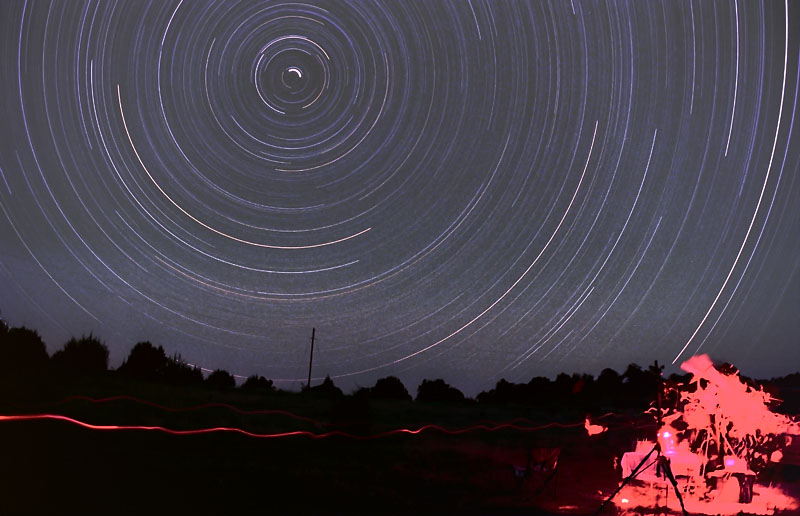 The above looks like a good 7+ hour exposure, Fuji SHQ 200 film ~f5.6, and my Oly 24mm lens.  I used GradientXterminator to try to get rid of some vignetting.  Star trail pictures are a challenge to process (but what astronomy pictures are easy?) especially in dealing with the green airglow.