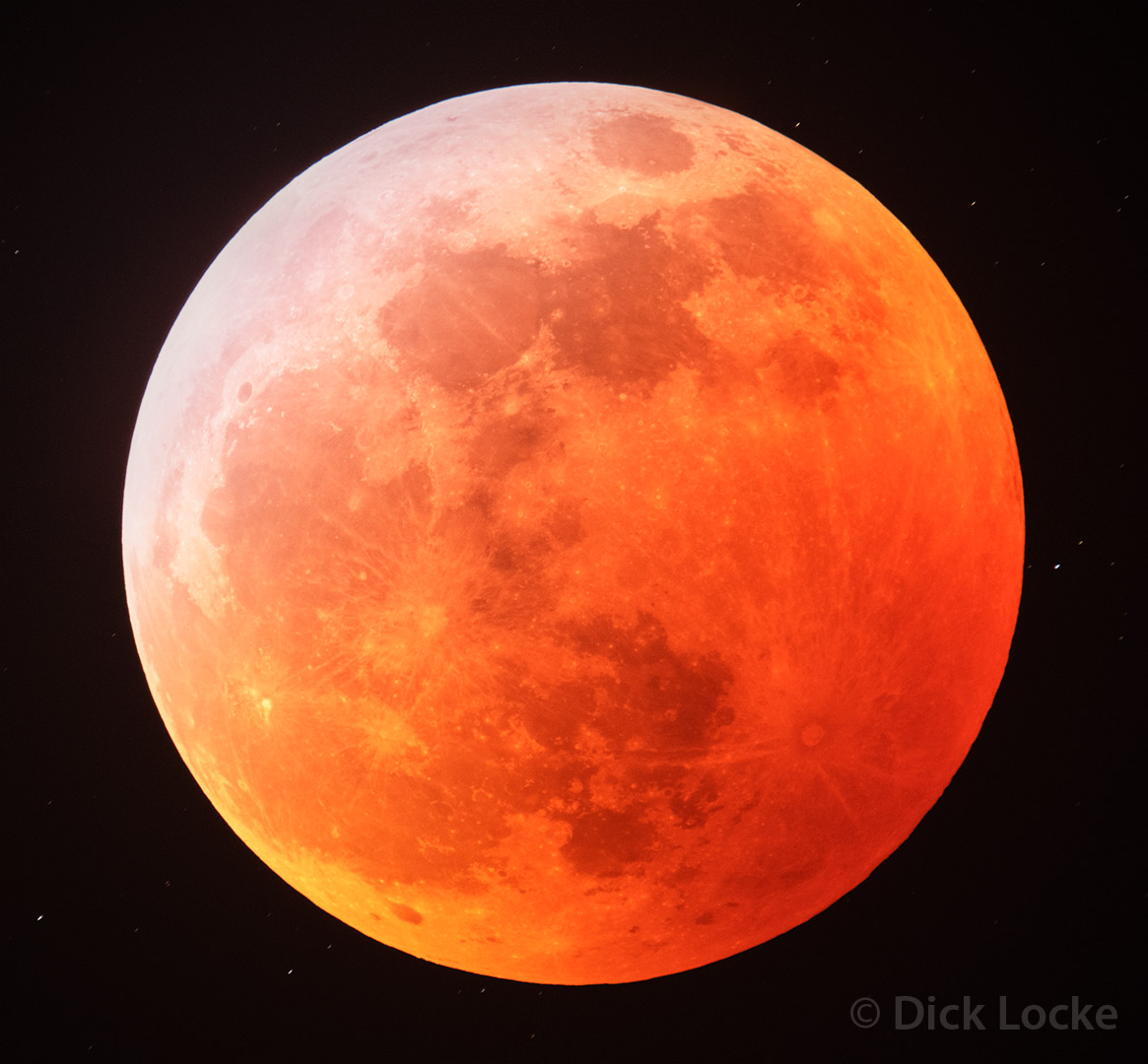 This (above) is a 20 second exposure, one of the longest I tried. You can see some stars, quite a few actually, 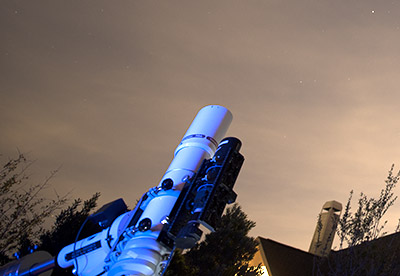 Check out the cover moons...

The above magazine hit the newsstand 2/13/2007.  The credit on the contents page reads: "ON THE COVER:  A sequence of three Moons highlights the unusual yet breathtaking views seen during a total lunar eclipse.  Photos by Dick Locke."  Click on the magazine for a larger image. 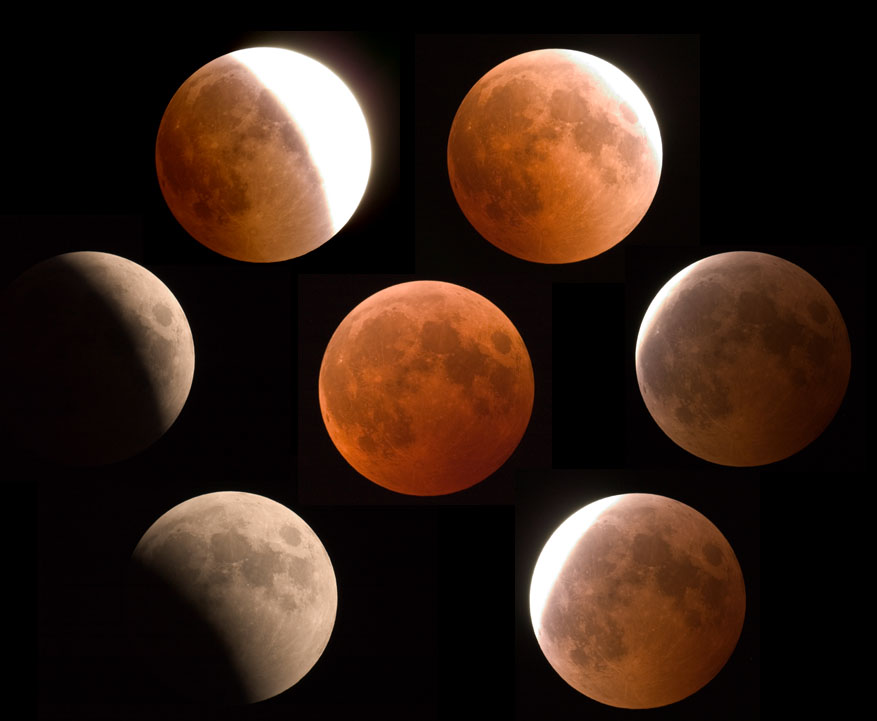 Above is from 2004.  Starting from the lower left is the early part of the eclipse, progressing along until totality, center, and than coming out of totality (bright part on left).  See below for camera/telescope details.  All the above images straight out of the camera; only mods were resizing and slight sharpening as a final step. 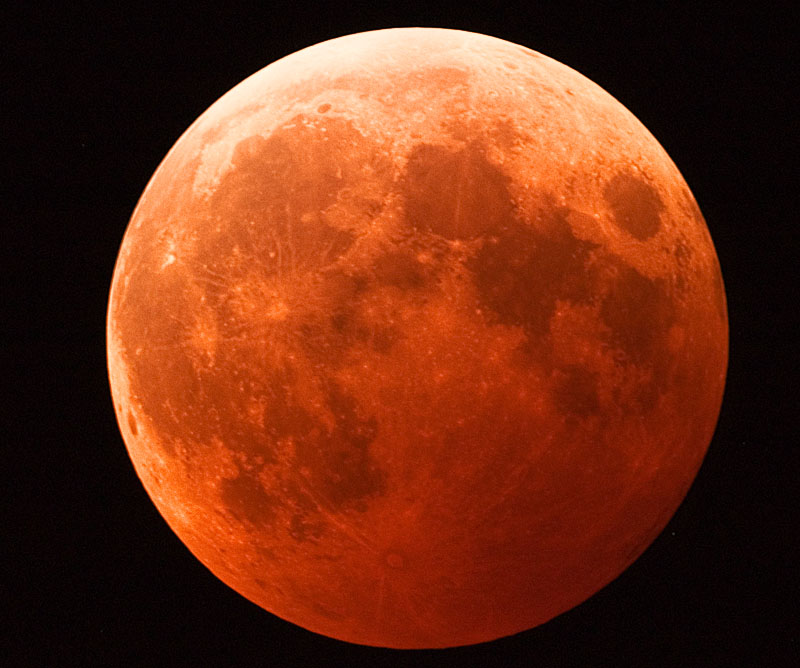 This is a version with less color but showing more detail in the bright area.  8 seconds at ISO 200 setting. 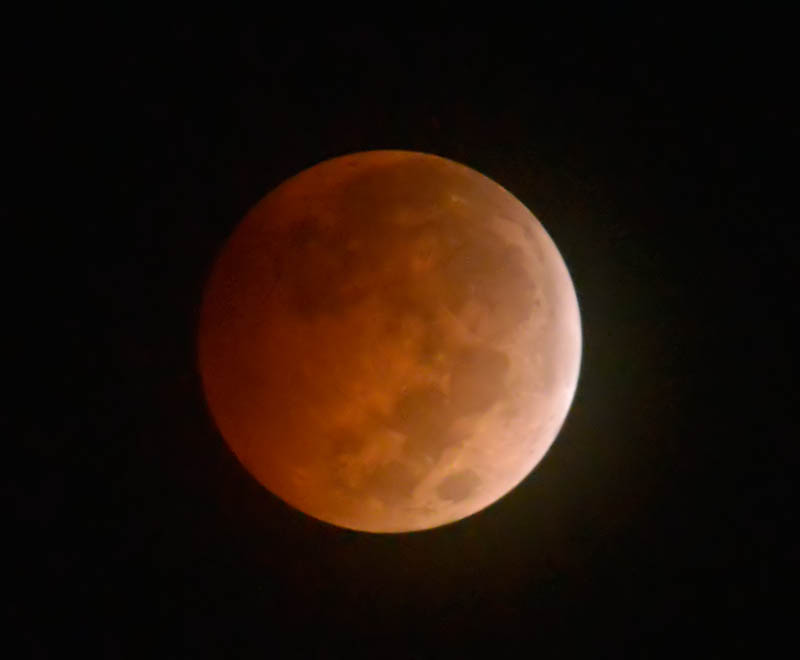 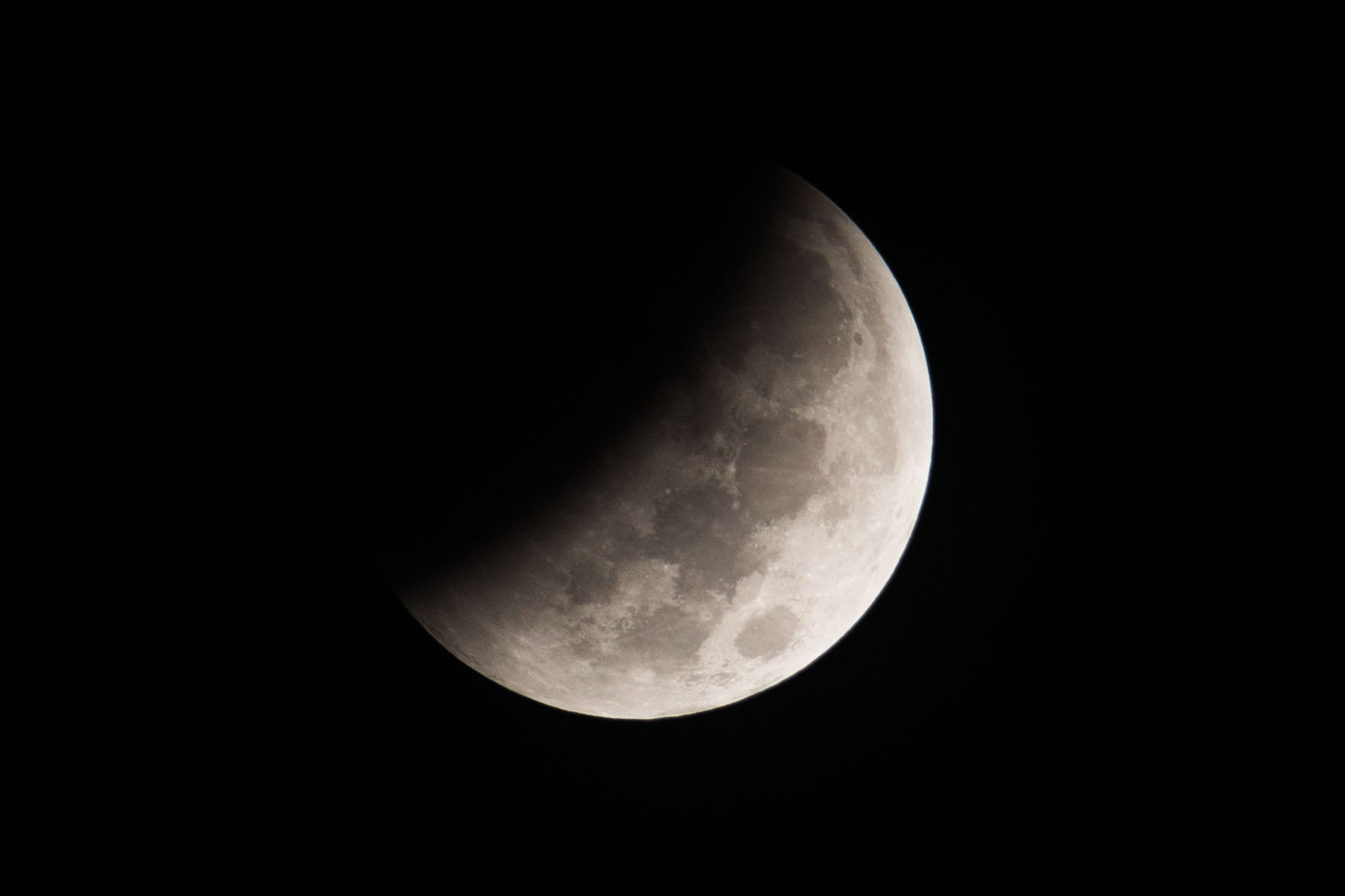 Early phase of the eclipse, the earth's shadow is taking a bite out of the moon. 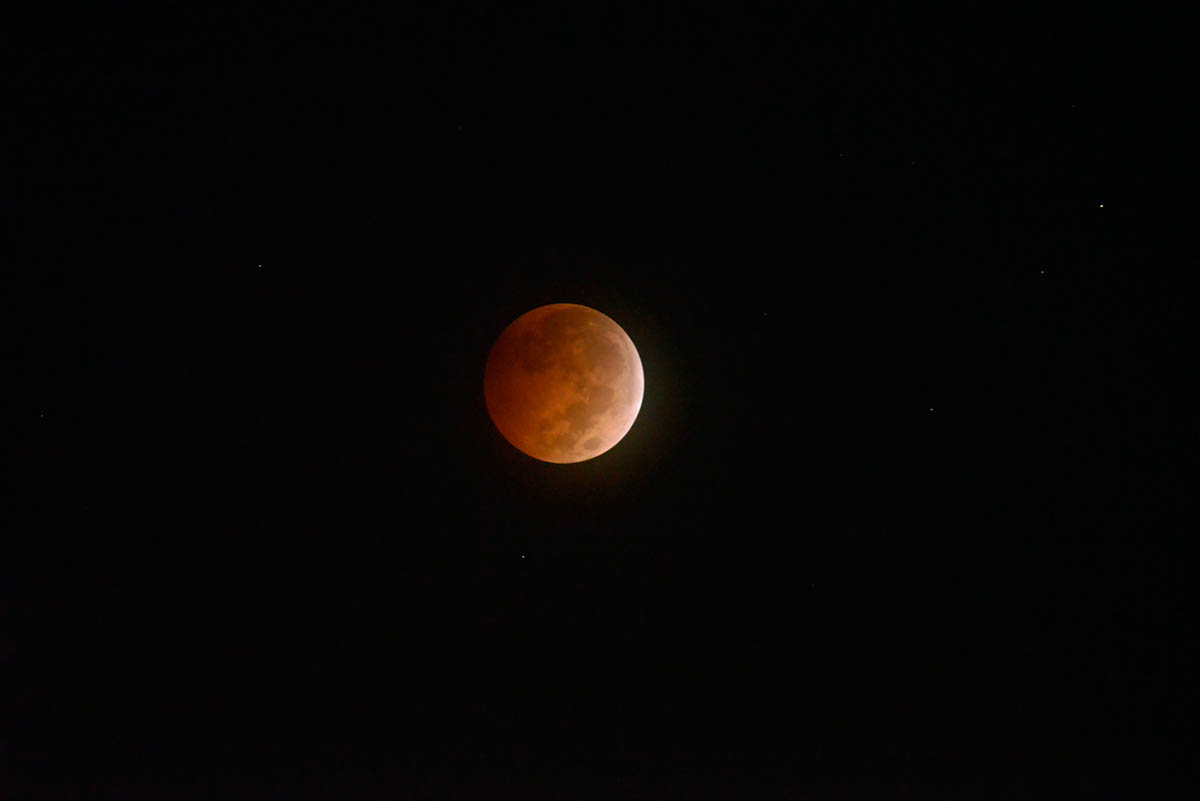 Here's a complete camera frame.  The planet Uranus is the slightly bluish dot on the upper left.  I set a black level on the sky, otherwise the color is straight out of the camera.