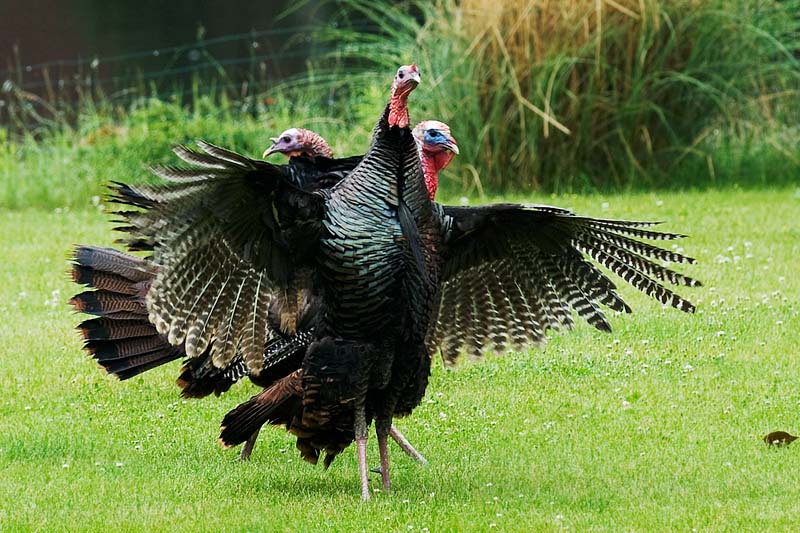 Scroll down to see the additional wild turkey pictures.  On the above, I believe we're seeing some iridescence on the left chest.  Here's a link to more info on wild turkeys.  I shot these guys at my parent's place in Michigan, along the Grand River.  They didn't have a lot to do, just hanging out and strutting their stuff a little.  Mostly the older, more mature male (on the right) was making it clear he was the boss.  I have a new understanding of the term pecking order after seeing how they interacted.  My father doesn't think the turkeys are particularly smart, and I now understand why.  Nikon 300mm f4 lens on a monopod at f5.6, 1/320s, ISO set to 320 on a cloudy day.

One again, Gil E. was kind enough to assist with identification and provide some interesting color commentary for all the birds.  On the turkey's, per Gil: Wild turkey, males, Meleagris gallopavo. "Gallopavo" translates from Latin as "chickenpeacock". They are native to the New World and were brought to Europe before much colonization occurred. The English confused them for the African guineafowl domesticated in Turkey and called them Turkey fowl, which got shortened to turkey. 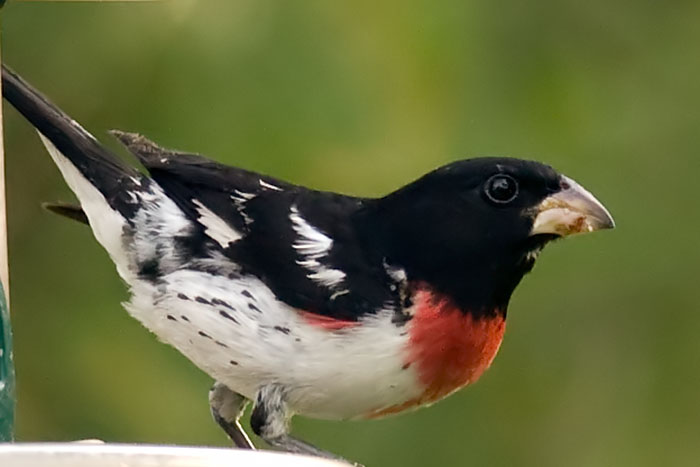 First time I've seen or at least noticed this one.  Above from Lansing, saw one near Pleasant Lake, also.  Per Gil: Rose-breasted grosbeak, adult male. Pheucticus ludovicianus. Although the name translates to "shy one from the Louisiana Territory", these neotropical migrants often visit sunflower seed feeders.

Speaking of Pleasant Lake, check out the new spider on the 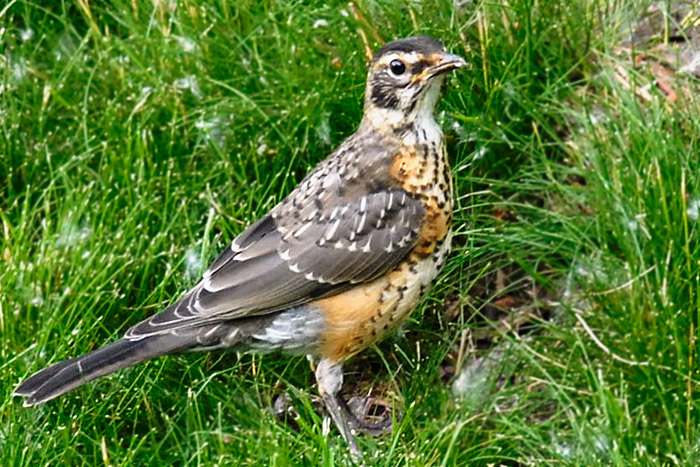 I'm pretty sure this is a young robin.  Gil confirms: American robin, fledgling. Turdus migratorius. "Turdus" is Latin for "thrush". The bird in your photo still has juvenal pin-feathers on its flank and cheek areas. 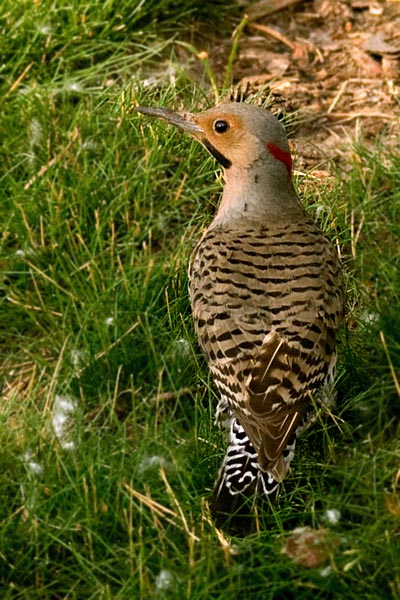 Flickers are close relatives to woodpeckers.  This guy spent a good deal of time going after some ants, affording me 5 to 10 minutes of quality shooting from the porch above one evening.  You can see a few ants crawling on him/her if you look closely.  Gil says:  Northern flicker, male. Colaptes auratus. This is the eastern "Yellow-shafted flicker", the state bird of Alabama. It used to be considered a separate species, but because they interbreed with "Red-shafted flickers" with impunity, they were merged into one, "Northern flicker". I can only imagine Alabamians were mortified. 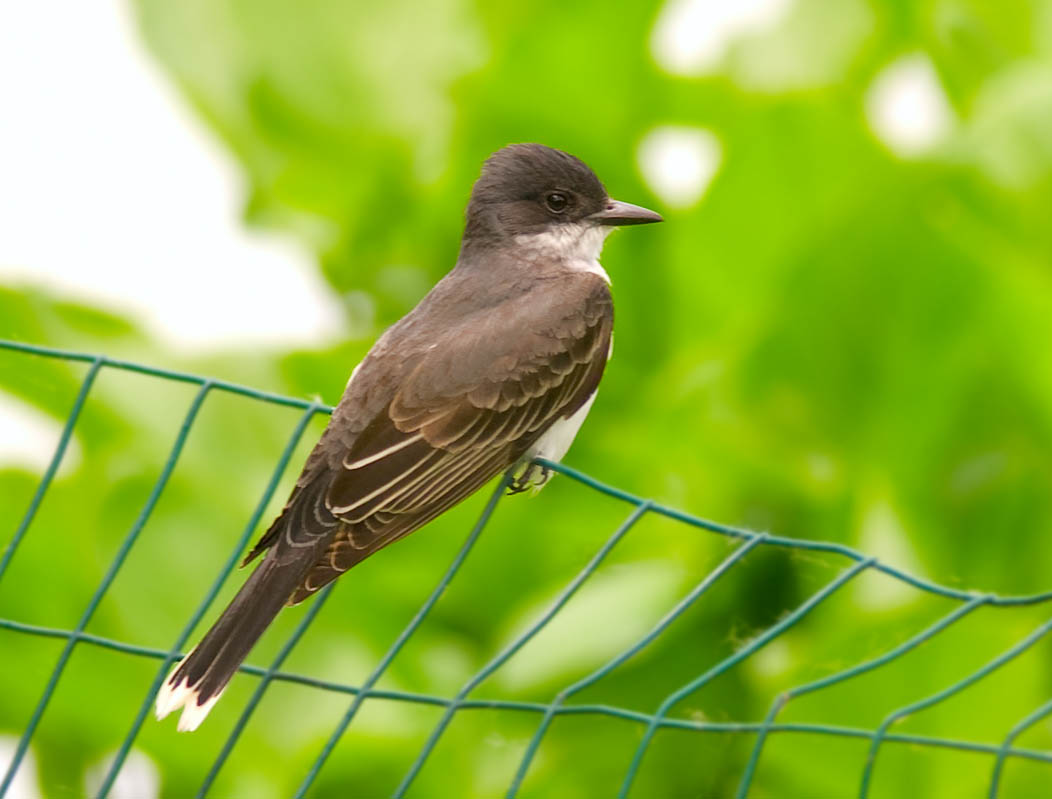 This guy sits on the short fence my parents have to keep out the geese, and catches passing insects on the wing.  It's quite a talent.  Gil adds:  Eastern kingbird, Tyrannus tyrannus. The genders look alike. These birds have a bright orange crown that you only get to see when they are angry. It is for this and for its aggressive behavior towards other birds that the Latin name meaning "tyrant" was given.

Six Cygnets?  Gil kindly notes: Mute swans, Cygnus olor (which basically means "Swan swan" in Latin). These are a semi-domesticated species introduced from Europe. The English called them "mute" (they really are not mute) to distinguish them from their other two swan species: Whistling swan and Whooper swan. Mute swans are beautiful but large, strong, and aggressive. They can injure people. Several states are trying to eliminate them, as they are very destructive to loons, geese, ducks, and native swans. 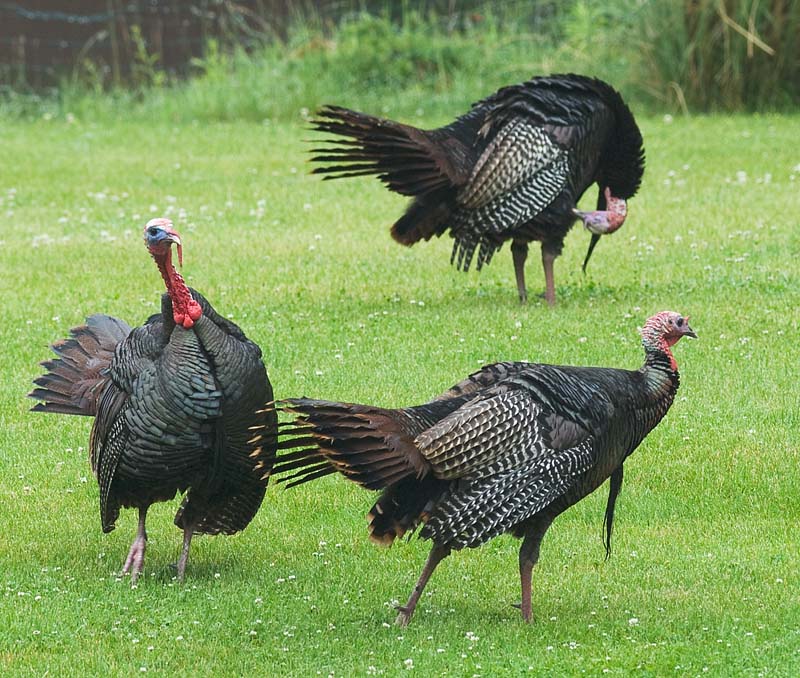 Here are some additional wild turkey pictures. Above, the older bird keeps the younger in check 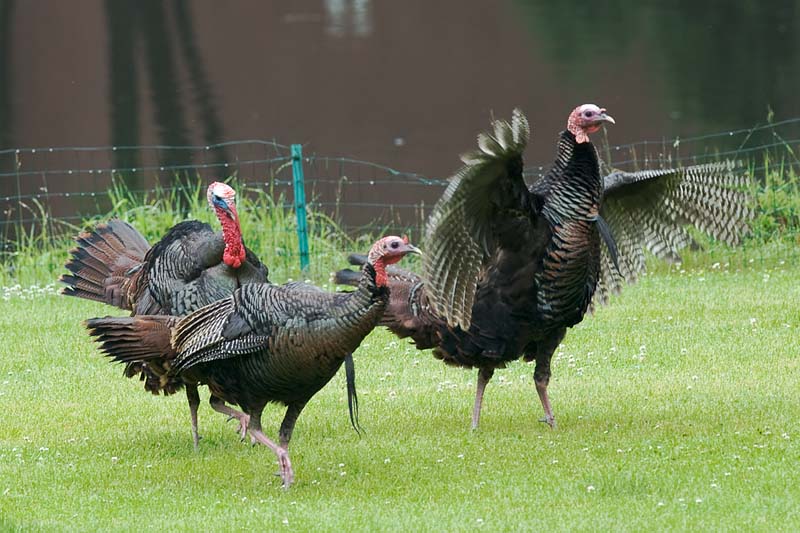 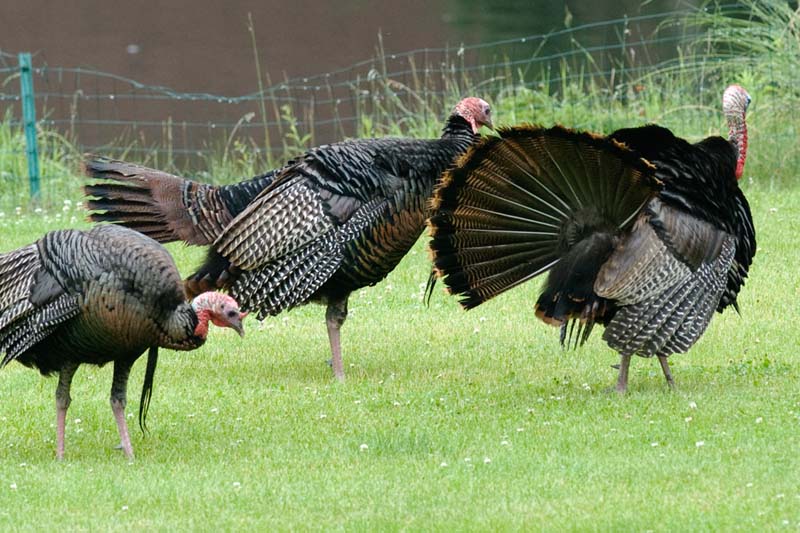 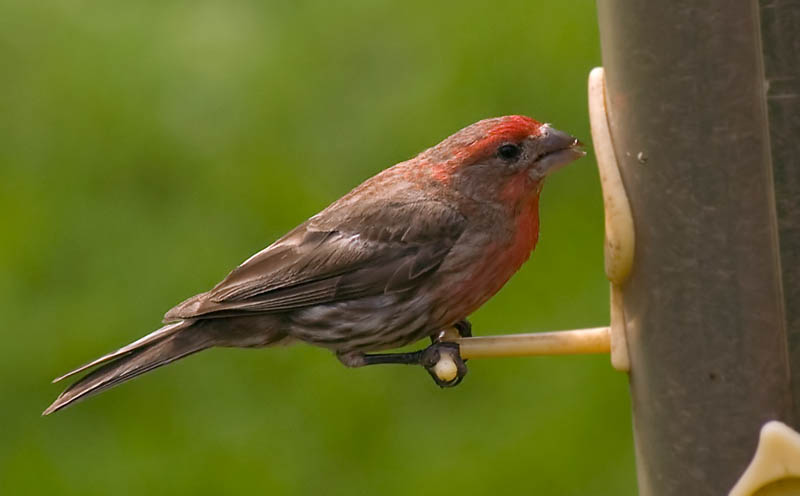 Christina: Male. I used to get them at my feeders in Georgetown (Near Austin, TX -RL). Nice shot.  Gil: Male House Finch, Carpodacus mexicanus.

I figured male and female, and Gil and Christina were kind enough to confirm.  Gil says: These are breeding-plumaged American goldfinches, Carduelis tristis, the female on the left, male on the right.  Christina says: Yes, American Goldfinch. As usual with birds, the male is the more colorful--on the right. With his bright yellow head and jet black forehead--breeding plumage. She is more colorful than usual--a wash of yellow instead of overall gray. Pink breeding beaks. The better to kiss with, I guess.

Below: Bird pictures near my parent's place: Lansing, Michigan in the summer of 2006.