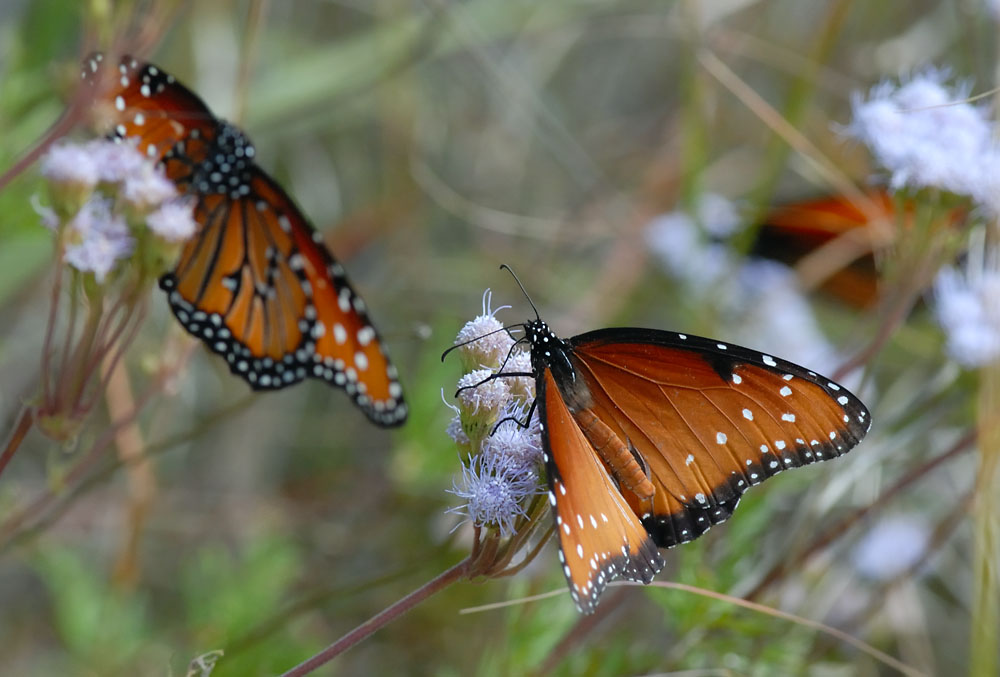 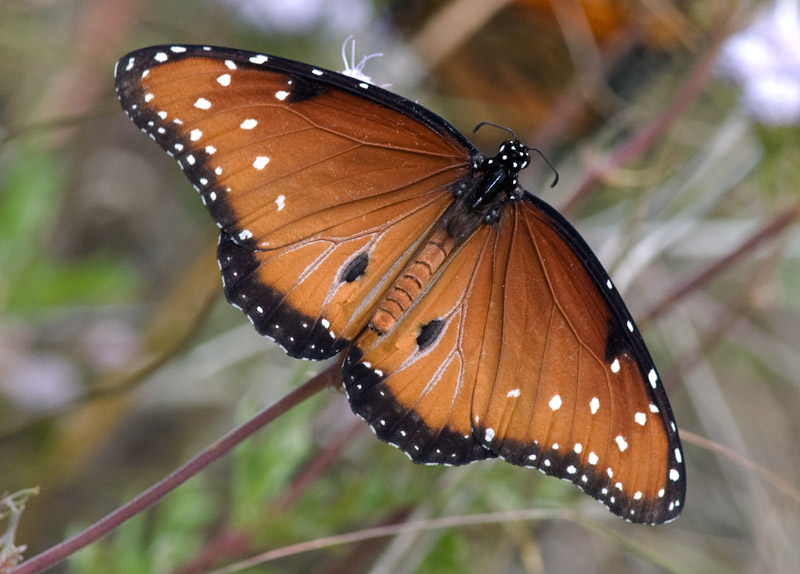 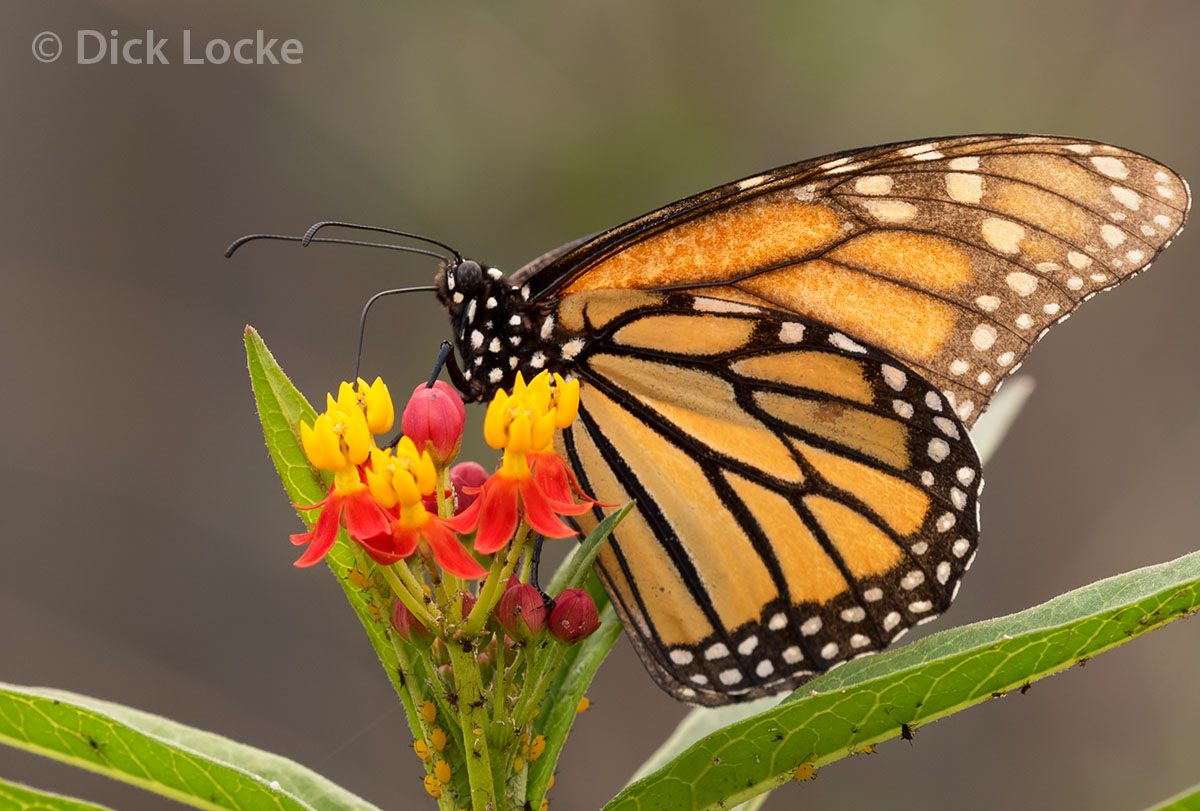 This is the same speciman as below.  She's getting some lunch before laying eggs.  Note the aphids love the milkweed as well!  Our efforts to control the aphids have not been very successful. 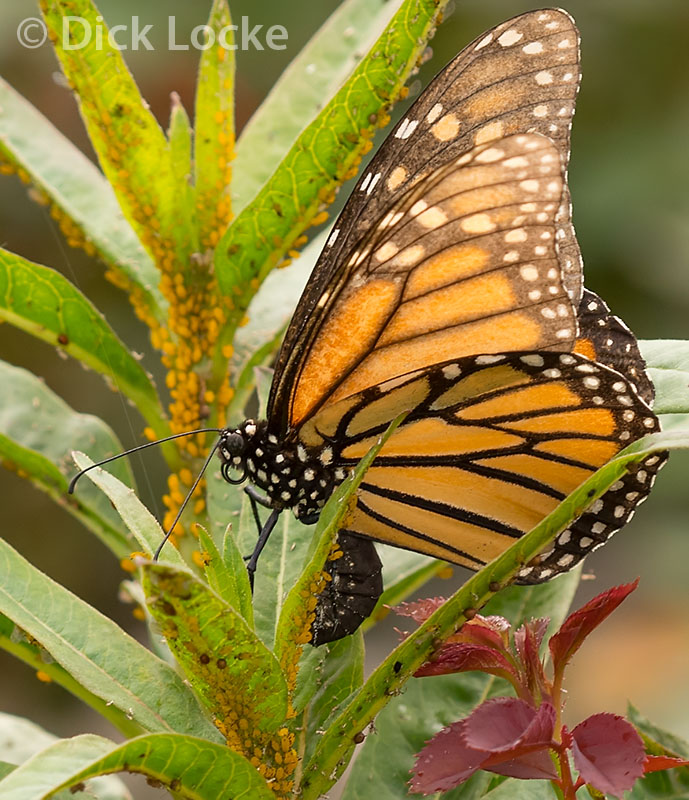 I'm surprised she can find room to lay eggs given the aphid population!  August 2016 in the back yard. 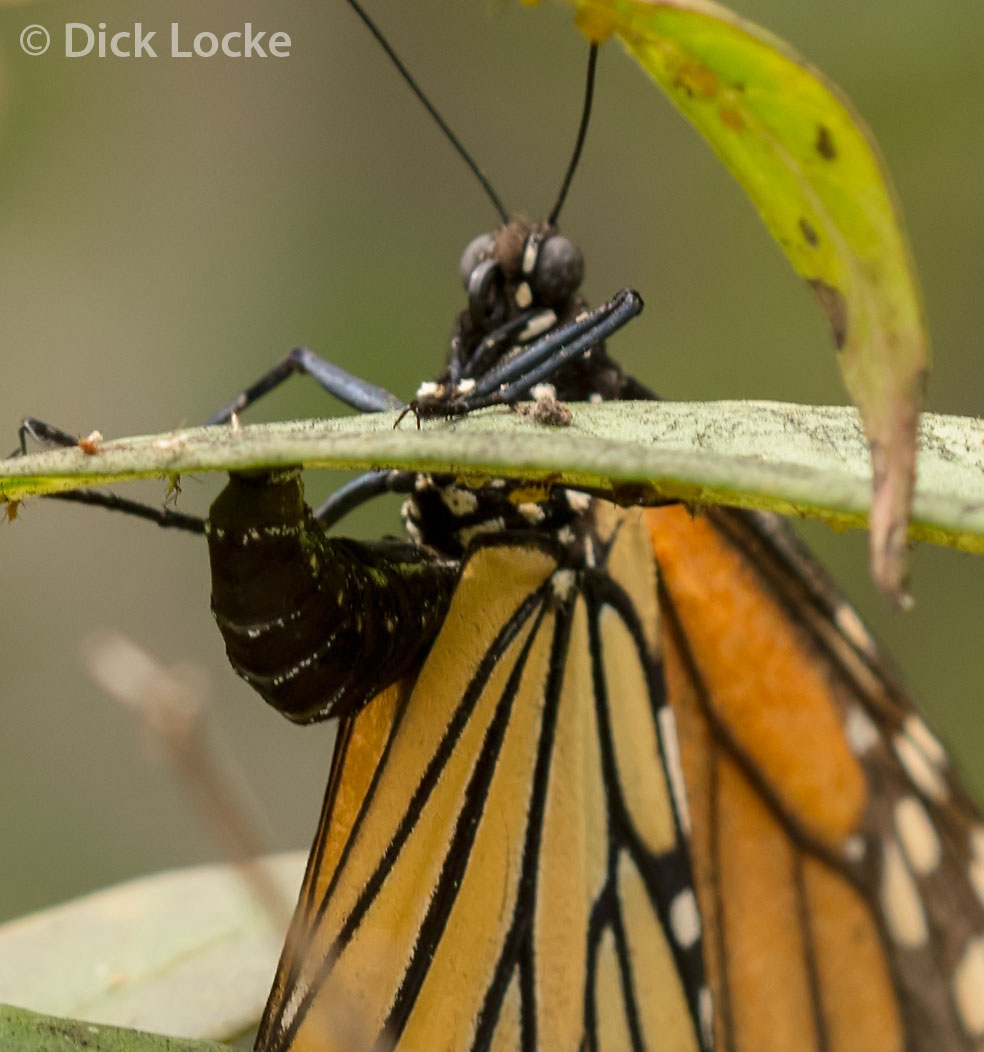 From August 2016 in the backyard.  She's laying her eggs on milkweed. 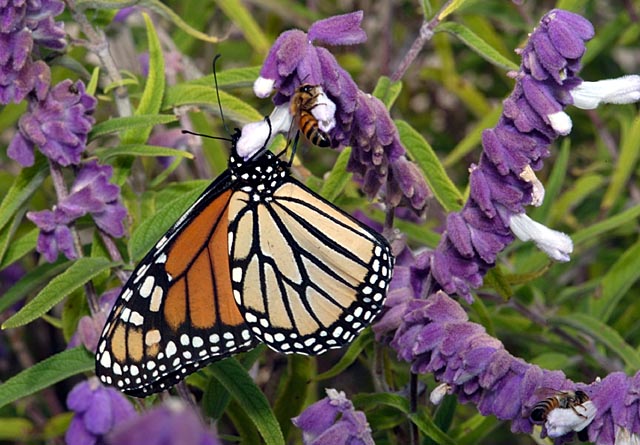 Wimberley, Texas, October 2003.  I previously thought the plant was Mexican Sage.  Gil initially disagreed, but Doug says "That is one of the Salvia Leucantha, Mexican Bush Sages." and Gil is now on board with that! 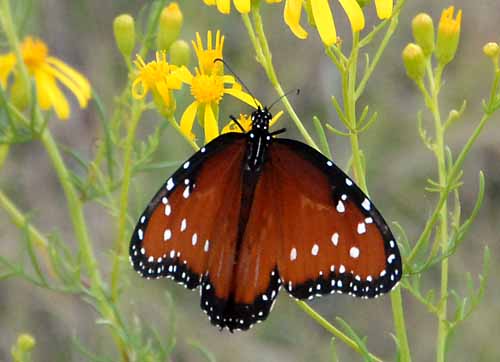 Once again thanks to Gil for identifying the Queen, above.  I thought it was a monarch when I shot it.  Says Gil: "Your butterfly is a Queen, Danaus gilippus, and is identifiable as a female, of the southwestern race. As you might have guessed, Queens are closely related to Monarchs, which are in the same genus."  This was shot in 10/2007 in the Davis Mountains.

Copyright © 2007-2008 by Dick Locke.  All rights reserved.
Image Use Information