These images are from the Davis Mountains on my Spring 2011 trip, where unfortunately, fires were the dominant theme.  This area was in an "exceptional" drought at the time; the worst rating you can have. 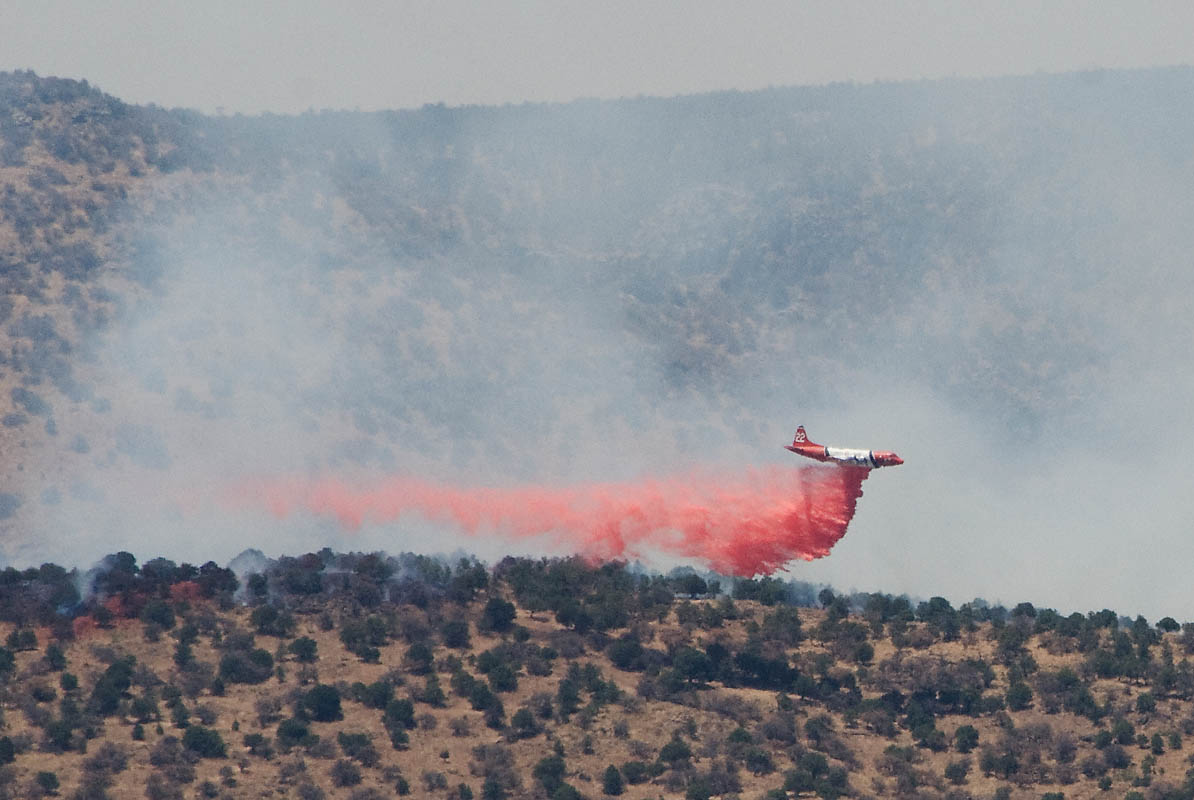 Fighting the the "Tejano Canyon Fire" in the Davis Mountains Resort, Thursday, June 2, 2011.  Dave M. was kind enough to advise this is a Lockheed Orion plane, also called a P-3, and provide this link to a nice shot of the plane.  The wind is blowing to the north, driving the fires away from the occupied areas.  They're working on the back edge of the fire.  There's wider  shot further below, showing houses on the near side of the hill.

My day began in the late morning, with the fresh mountain air and a cup of coffee on the porch.   I took note of an unusual amount of air traffic but didn't think too much about it.  We had seen some helicopters in transit to fighting fires two days ago, so I didn't think much of those. But there was a smaller plane flying through the same area repeatedly which seemed unusual, probably a tourist flight with the TSP being in town, I thought...  But when I rose to go inside and get a refill I saw the smoke.

I ran inside, put on sunscreen, grabbed the camera, binoculars, and walked up to the near ridge to see what the heck was going on.  After surveying the situation and the weather forecast (marginal for astronomy over the next couple nights) I decided to pack up and head home a bit early!  Ironically, I had delayed my vacation & trip due to the Rock House Fire, which was ongoing during late April/Early May.  The Rock House Fire burned over 300,000 acres and is reported to be the largest grass fire in Texas history. 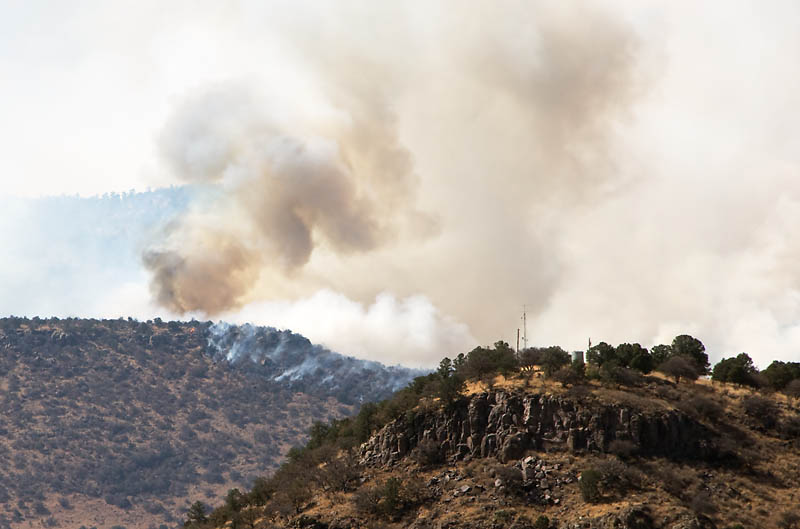 A Hot Spot Flares Up in the Tejano Canyon Fire

I shot this one on the way home.  This is southern flank I believe. 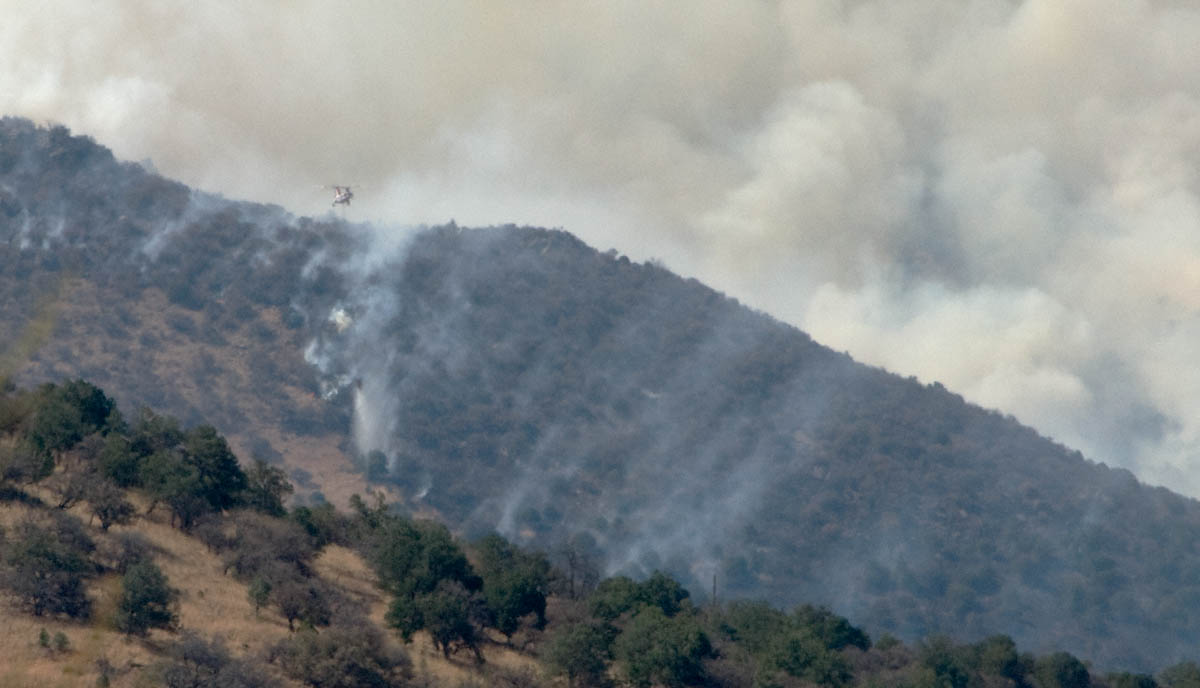 Fires can move upwind, contrary to what you might think.  This helicopter is working to prevent the back-edge of the fire from moving upwind into the populated areas. 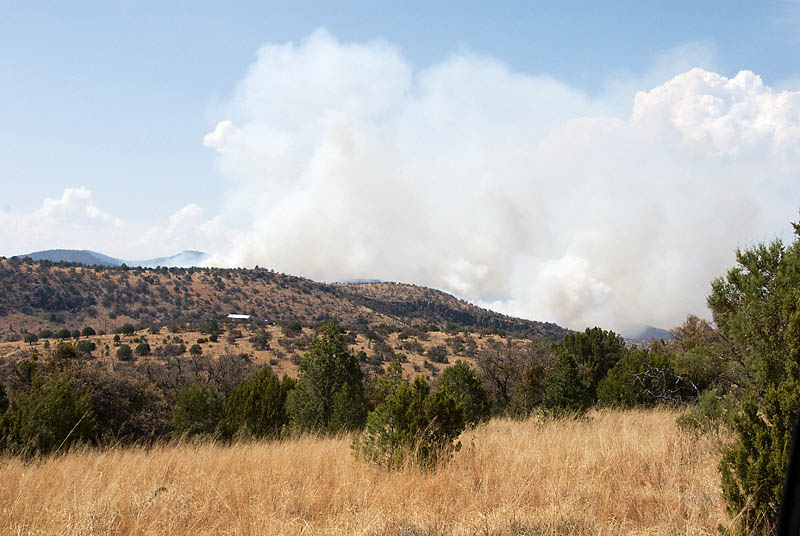 This one's also from trip home. 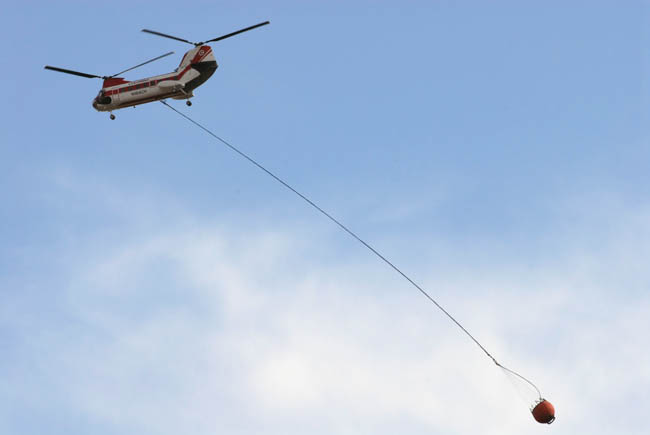 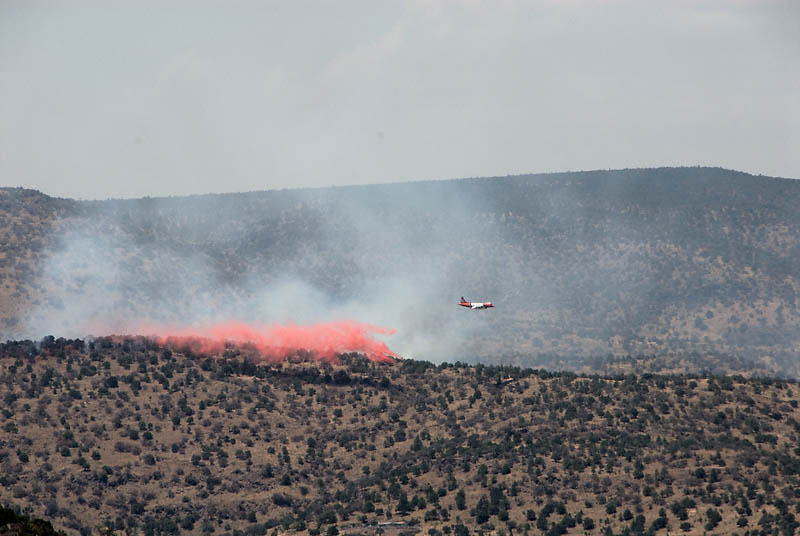