When I first wrote this article a few years ago I was primarily shooting astronomy pictures with film.  As of 10/2005 I have switched to Canon's EOS D20a Digital SLR camera.  I'm getting pretty good results!  I have shot some good film stuff this year, though.  In 2008 I purchased a QHY8 CCD Camera and am now using that for most of my imaging.

I am what seems like a dying breed: Someone who "still" does film astrophotography.  Here are some film images, along with some reasons I still use film.  Note that I'm using a 102mm f5.9 refractor, a 300mm f2.8 ED camera lens, and other camera lenses for most of my astrophotography right now. (2005 update: upgraded to a 130mm APO refractor.) 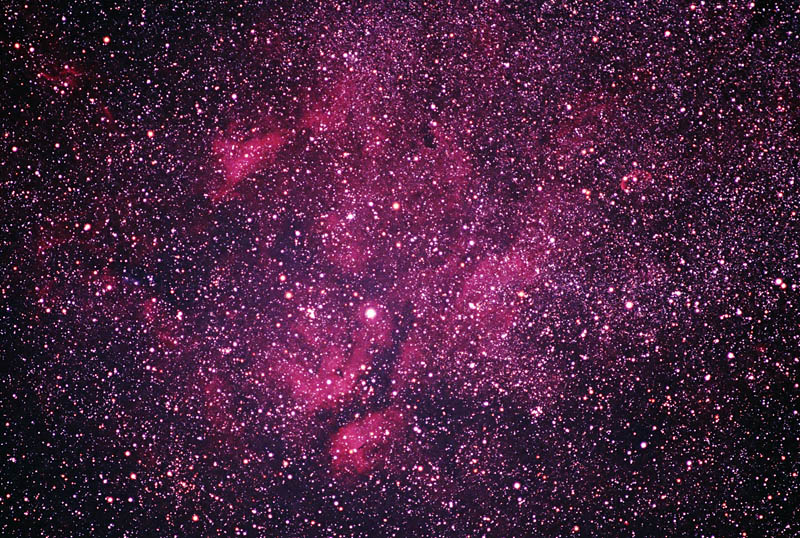 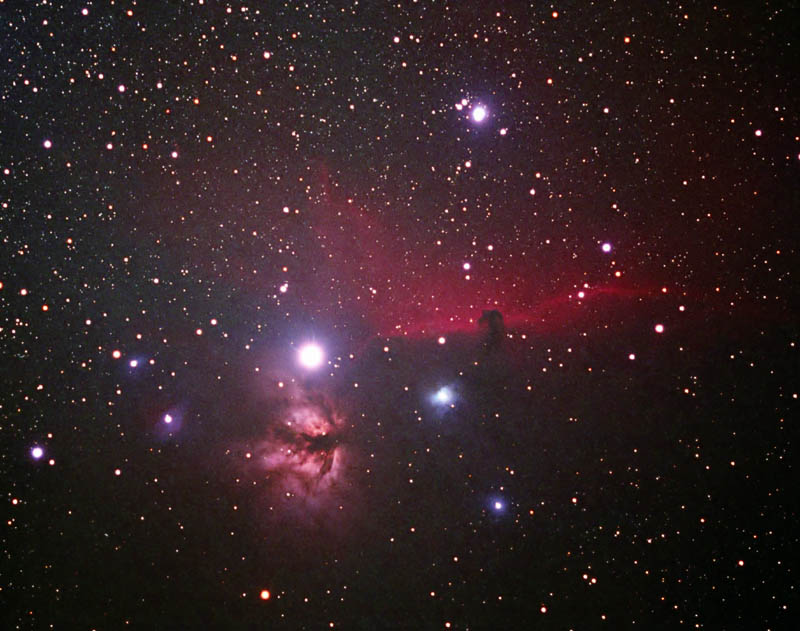 Having said all that, I am experimenting more and more with my Digital SLR with good results.  It produced better Comet NEAT pictures that I was able to capture with film.  It also does very well on dim galaxies compared with film.

Old: The best astronomy films have been discontinued but may be available from people with stockpiles.  The best print films have been Kodak: PJ400, RG400, Supra400, and LE400.  Currently Kodak E200 slide film is the only good astro film choice available over the counter.  Update: Fuji Provia 400F, another slide film, is also showing good results.  There are other alternatives if you're willing to "hyper" your film.  Join the astrophotography mailing list if you're interested.

Copyright © 2004-2008 by Dick Locke.  All Rights Reserved.
Contact and Image Use Information