Ruby-throated and other hummers are at this page. 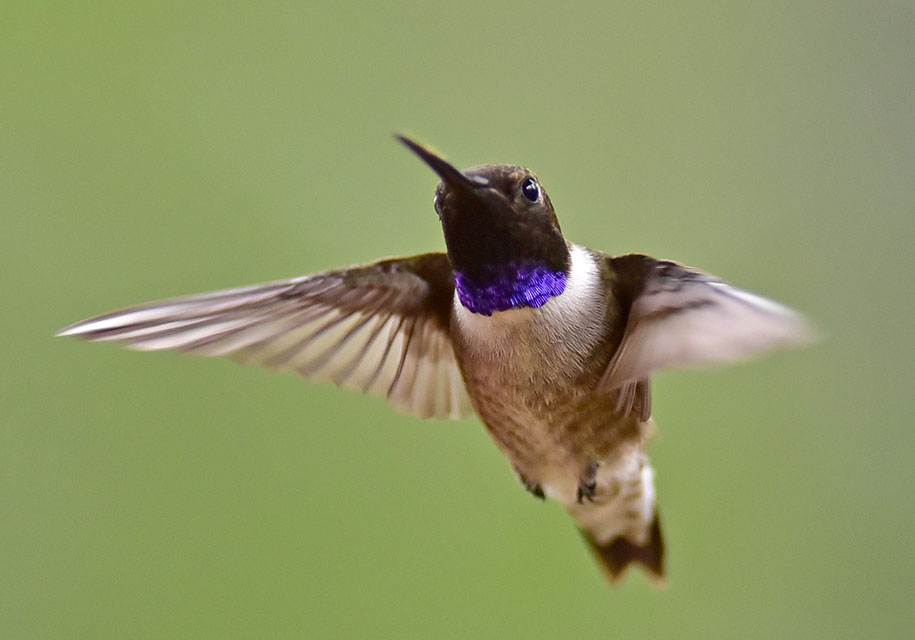 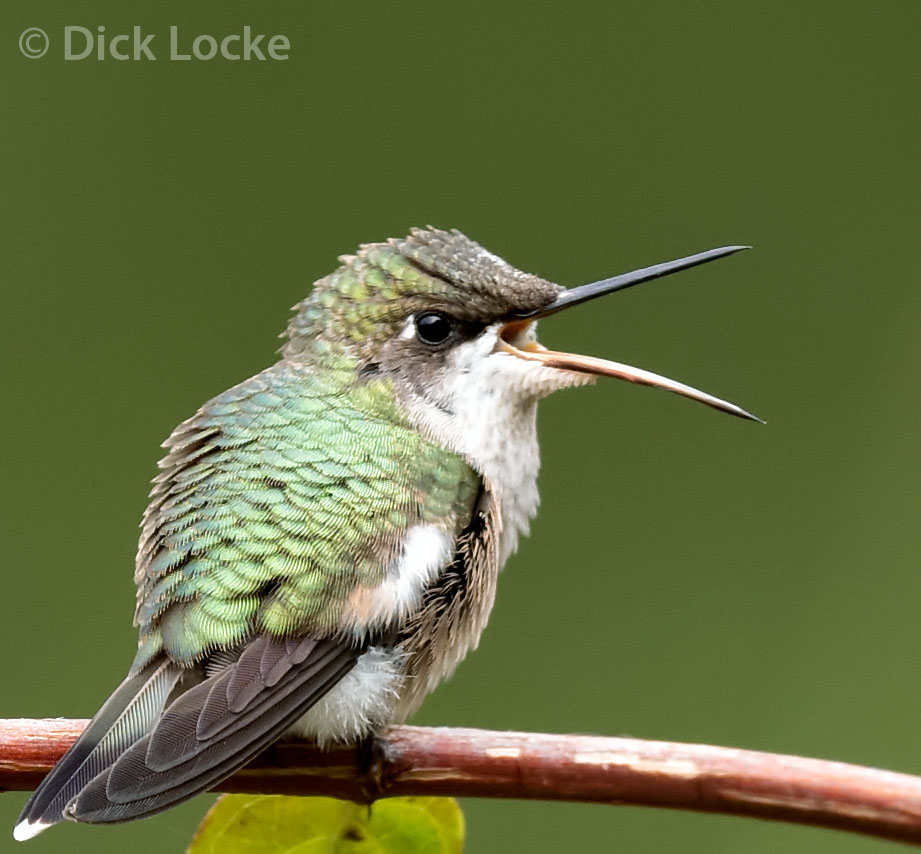 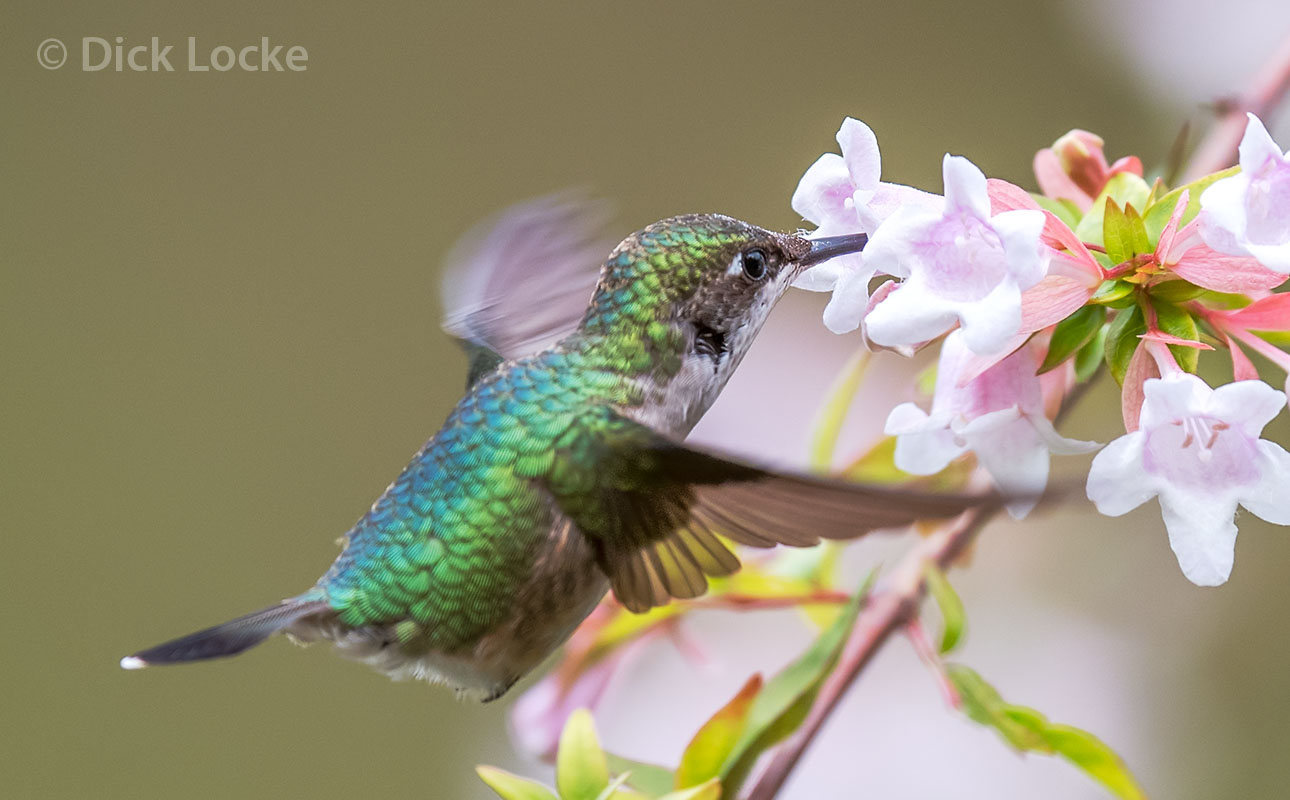 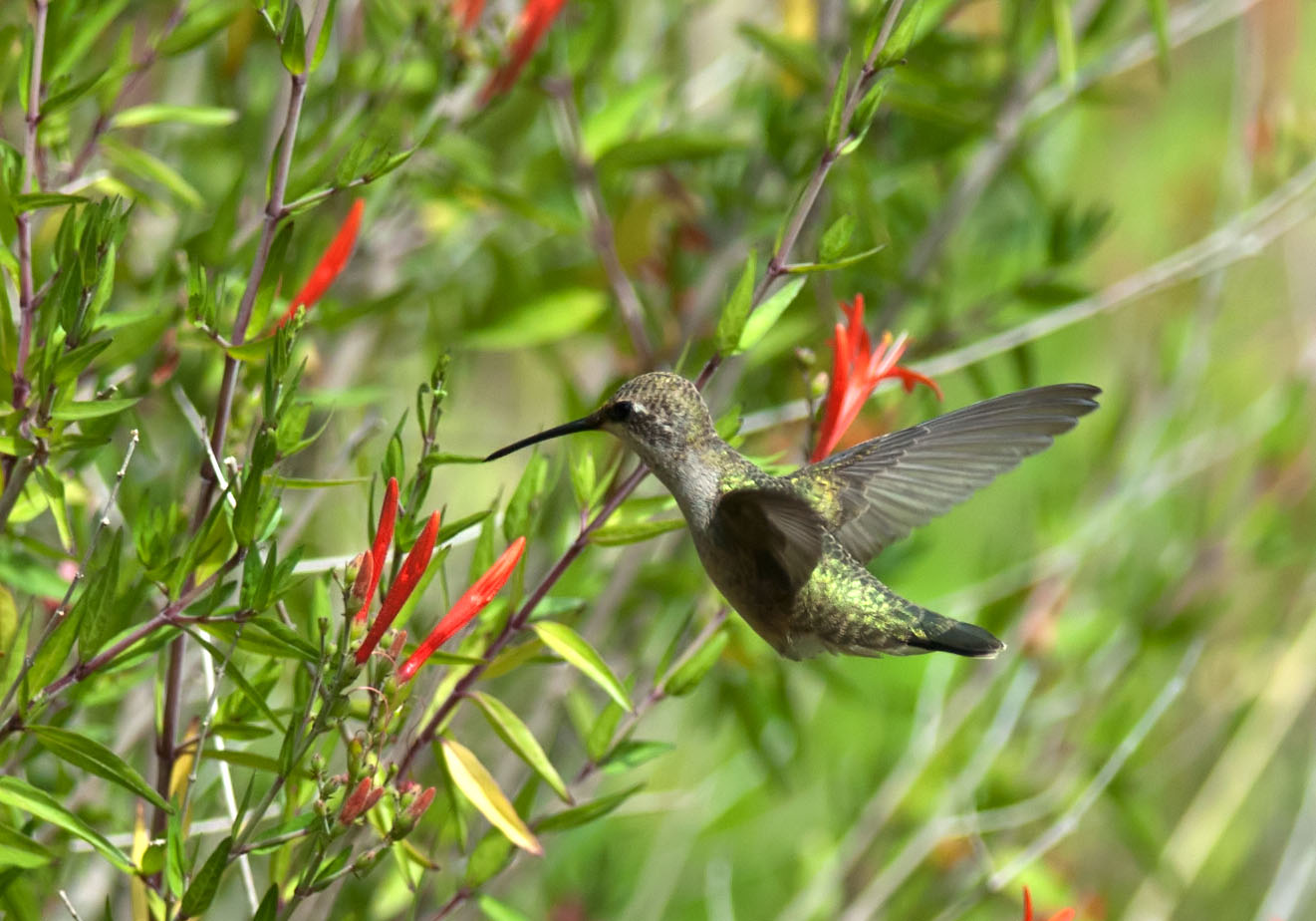 The pictures above and below are the same bird from Wimberley and the Starry Nights Bed & Breakfast; Spring 2011.  Thanks to Dwanna for the plant ID and Gil once again came through with the bird ID (the ID became positive after I sent him additional images showing the tail feathers spread out).  Gil advises: The photos of the tail feathers clinch the identification as an immature female Black-chinned hummingbird, Archilocus alexandri.  This species is considered the western counterpart of the East's Ruby-throated hummingbird; they are closely related.  Black-chinned is common from spring to late summer in west and central Texas, and is rare along the Gulf in the winter.

Hummingbird pictures often show the wings as a blur, but these images with a "fast" lens and in direct sun allowed a fast shutter speed to freeze the actions.  This & image below: Nikon D200 camera, Nikon 300 F4 ED lens, 1/2500 at ISO 400 top, 1/1250 bottom, Neat Image noise reduction both...  I did my best to color correct the bottom shot, so it should be closest to "true colors."  Note: I caught a rare and endangered golden-cheeked warbler on the same trip, shown at this link. 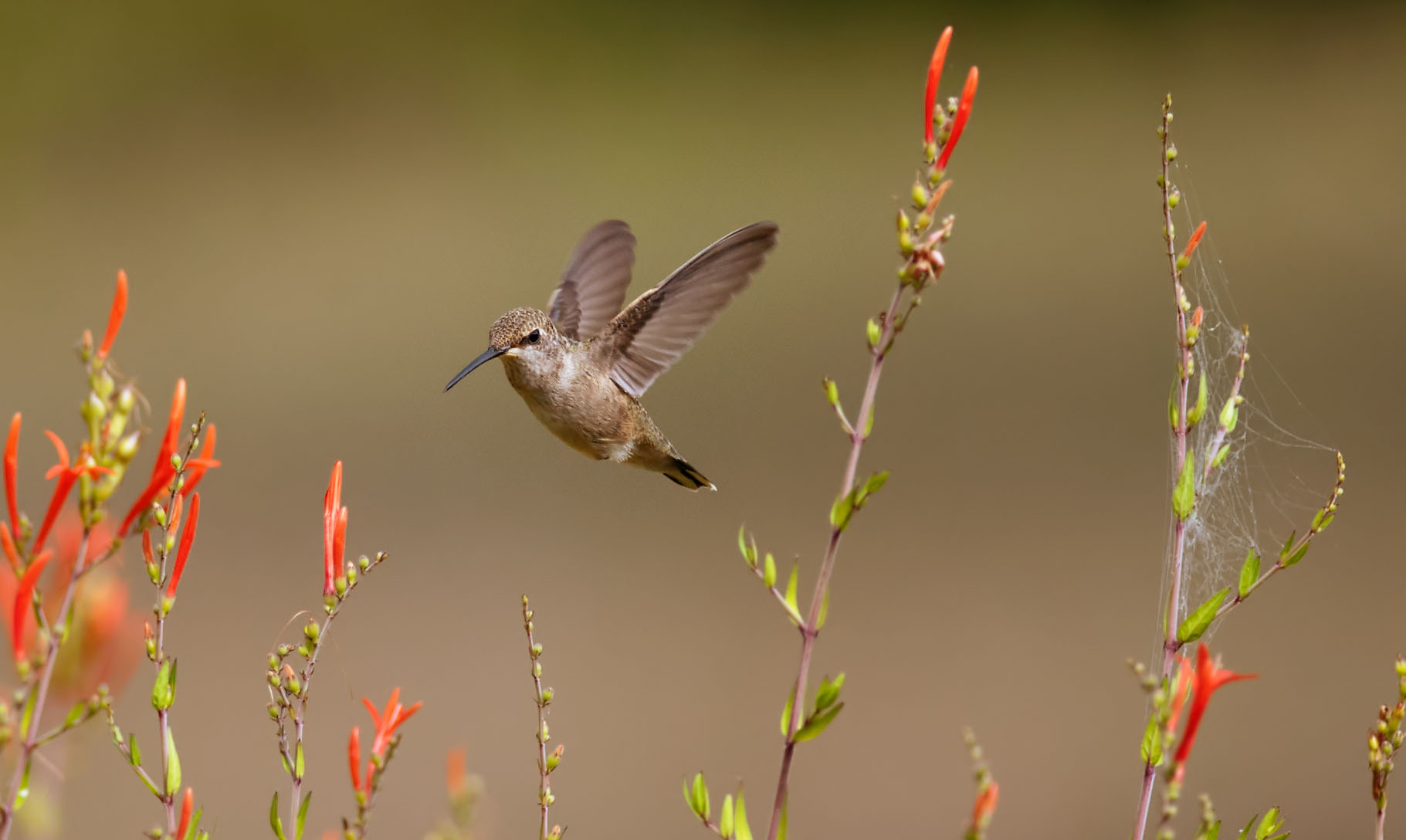 The black-chinned bird is discussed above. 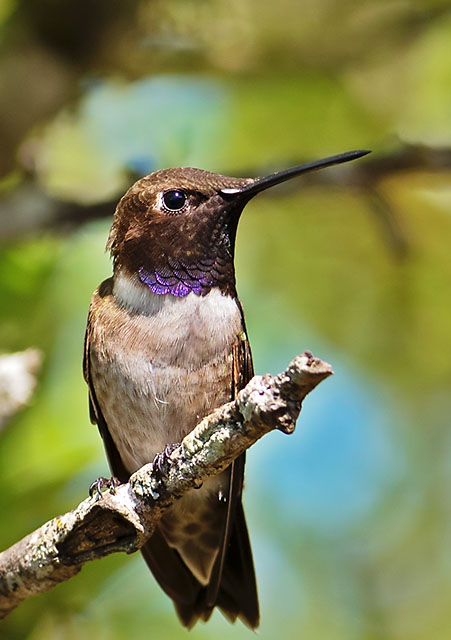 Wimberley 2015.  Direct sunlight is not too flattering, but this is interesting in that it shows the gorget shining purple on the left, but transitioning to black on the right part of the picture. 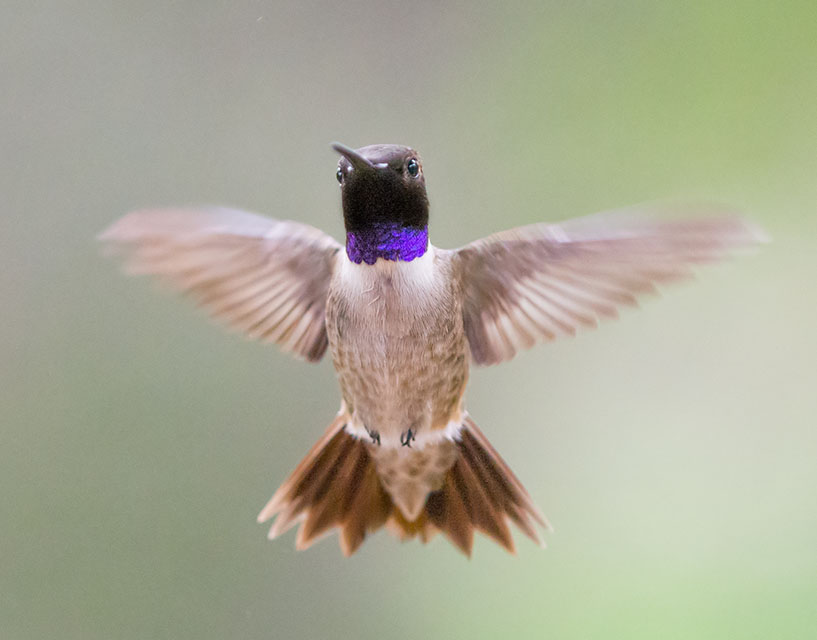 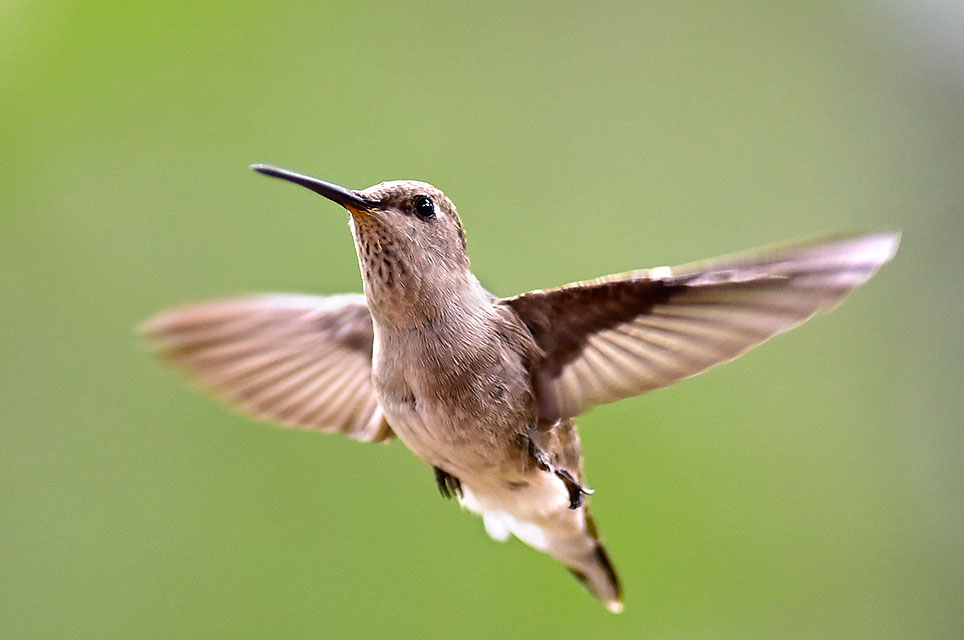 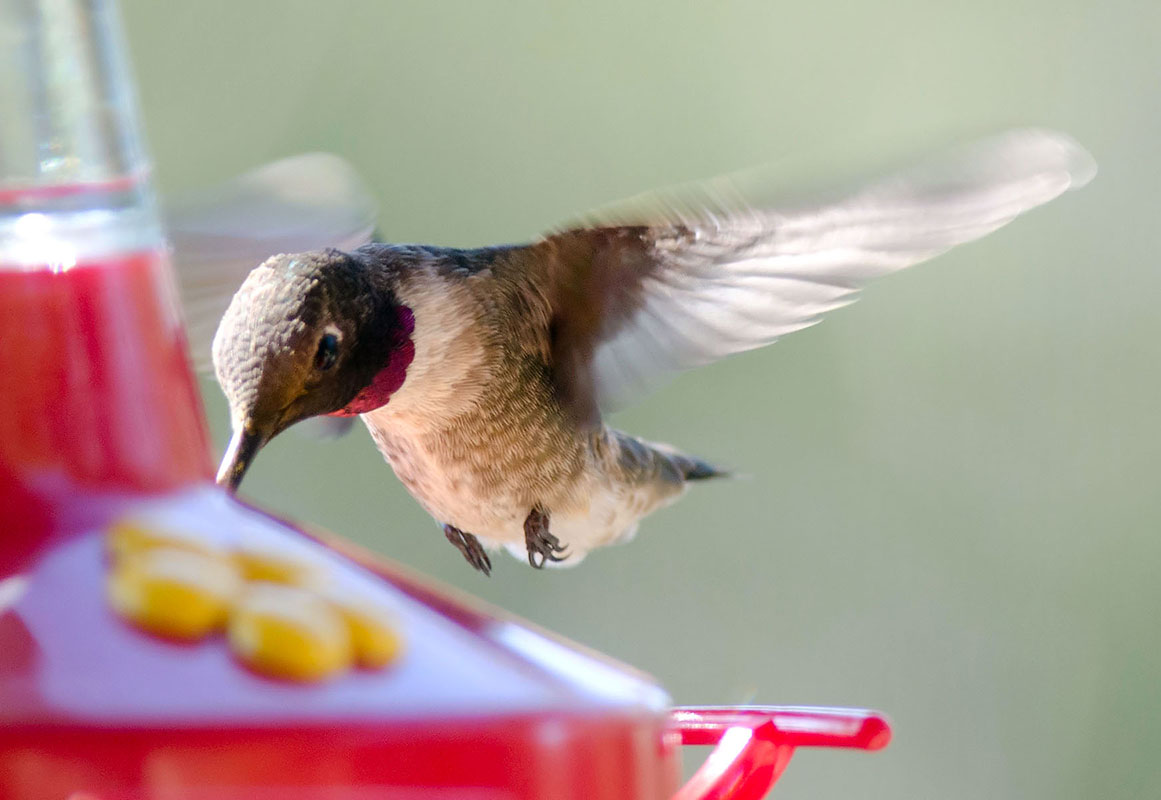