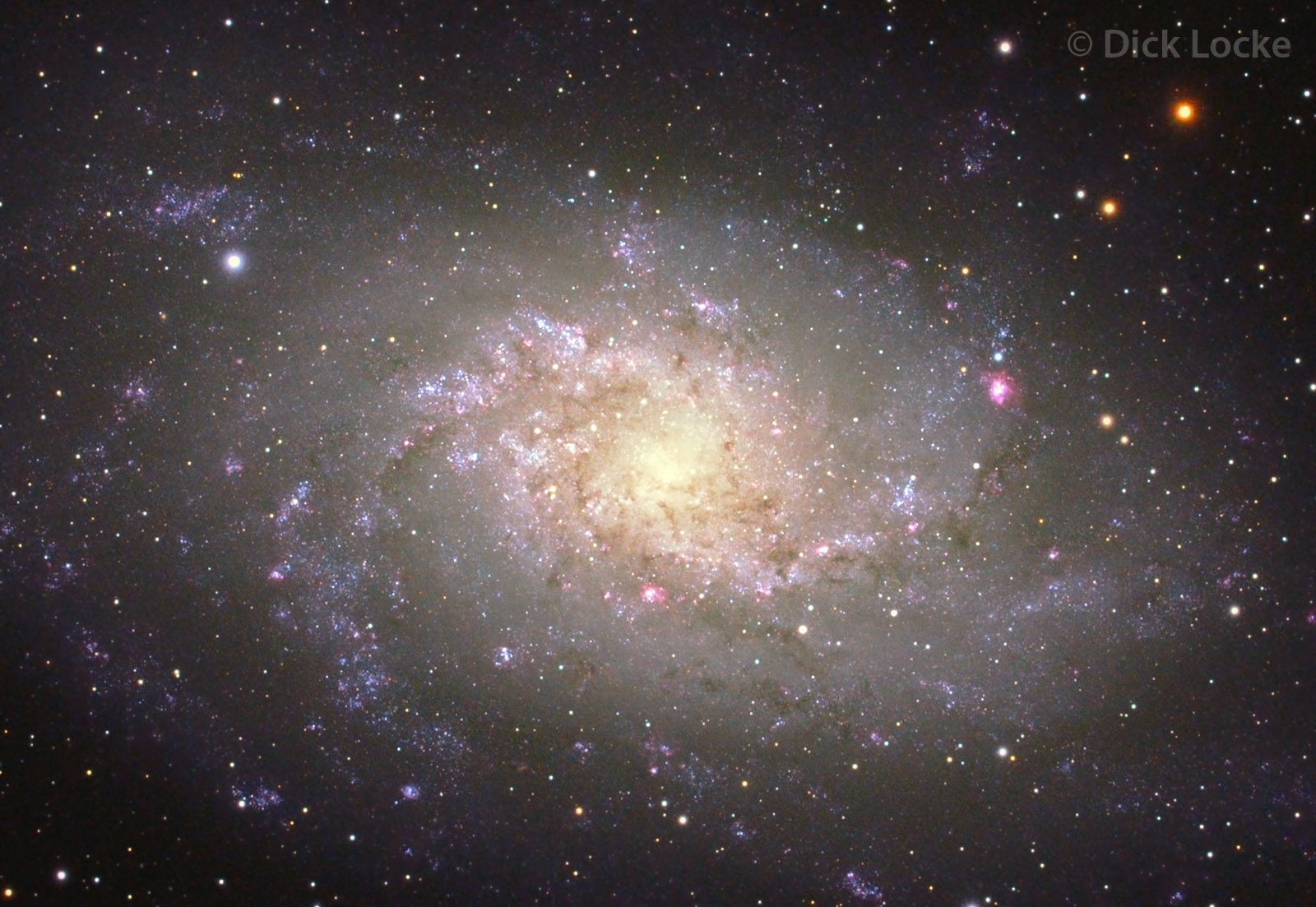 The Pinwheel Galaxy from Tuesday night during the October 2017 trip to Starry Nights. This is 2.25 hrs exposure with the TOA 130, new Reducer, and Nikon D810A camera.  I'm going to give it another go someday with PixInsight.

The blues are from hot, young stars. The reds are from star forming regions (H-alpha emission nebula - there's a big bright region on the right in this pic). Purple could indicate a bit of both, or else perhaps a color processing feature.  I did some reprocessing vs. what's on my Facebook page to tame the purple a bit. 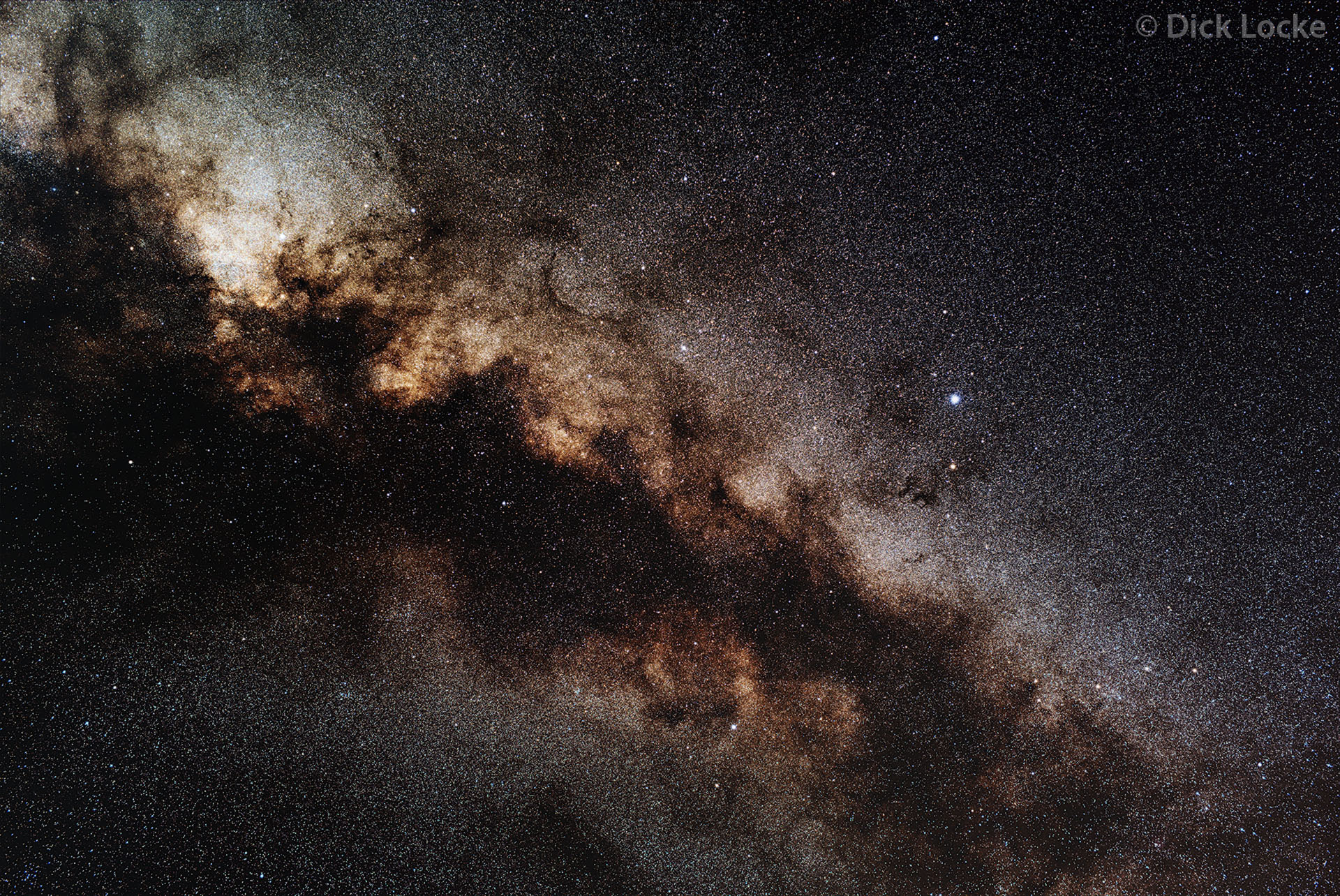 Here's a wide-field Milky Way image from the Hill Country October 2017 trip. Open cluster M11 is buried in the bright Scutum star cloud on the upper left. Altair in Aquila is the bright star to the right of center. I did my best to deal with the gradients present in the original (i.e., the part closest to the horizon was much brighter than areas higher in the sky). This is composed of 35 minutes total exposure (7x5 min) using the Nikon D810A camera and the Sigma Art 50mm lens at f2.8 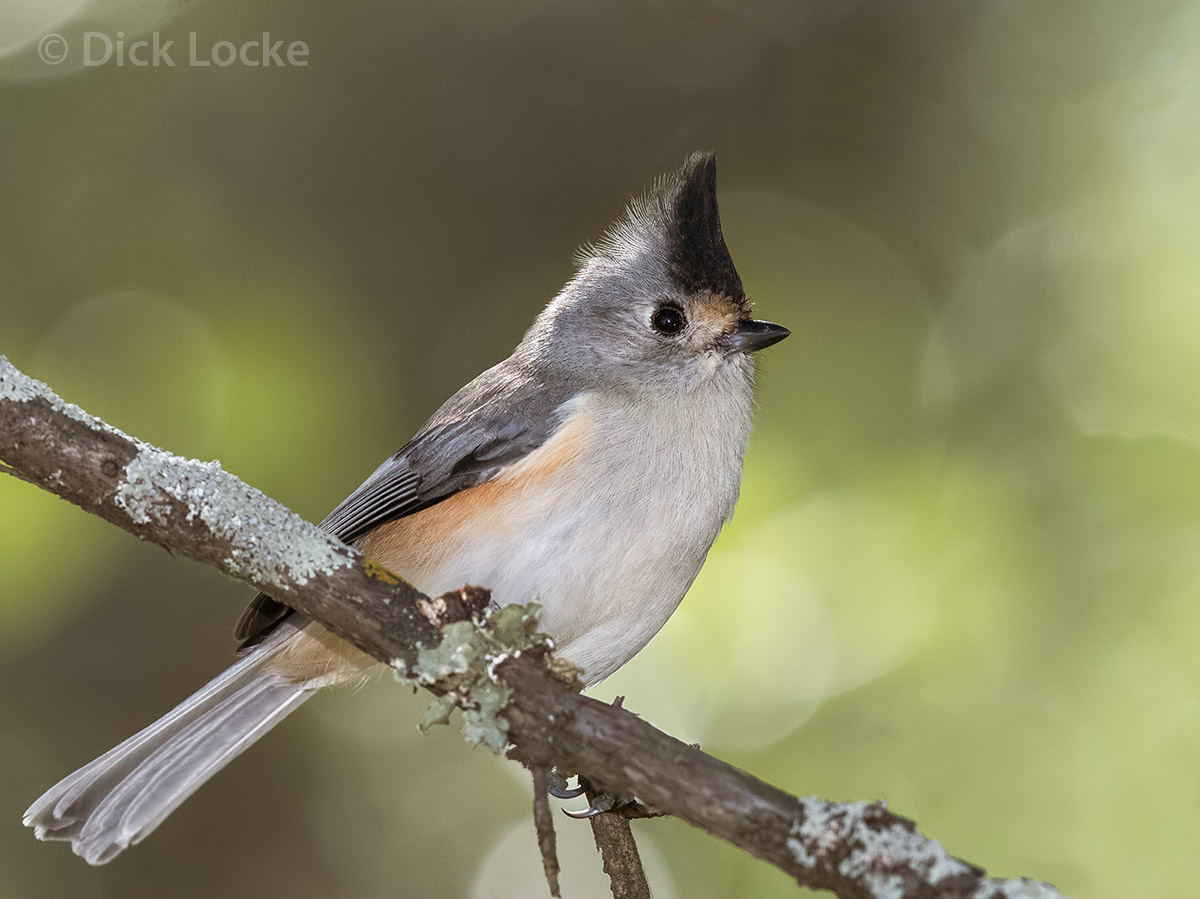 These are limited to Texas and a tiny bit of Oklahoma in the US, and their range also includes a good chunk of Mexico and Central America.  They love the sunflower seeds and are a regular visitor to the feeder outside the B&B. 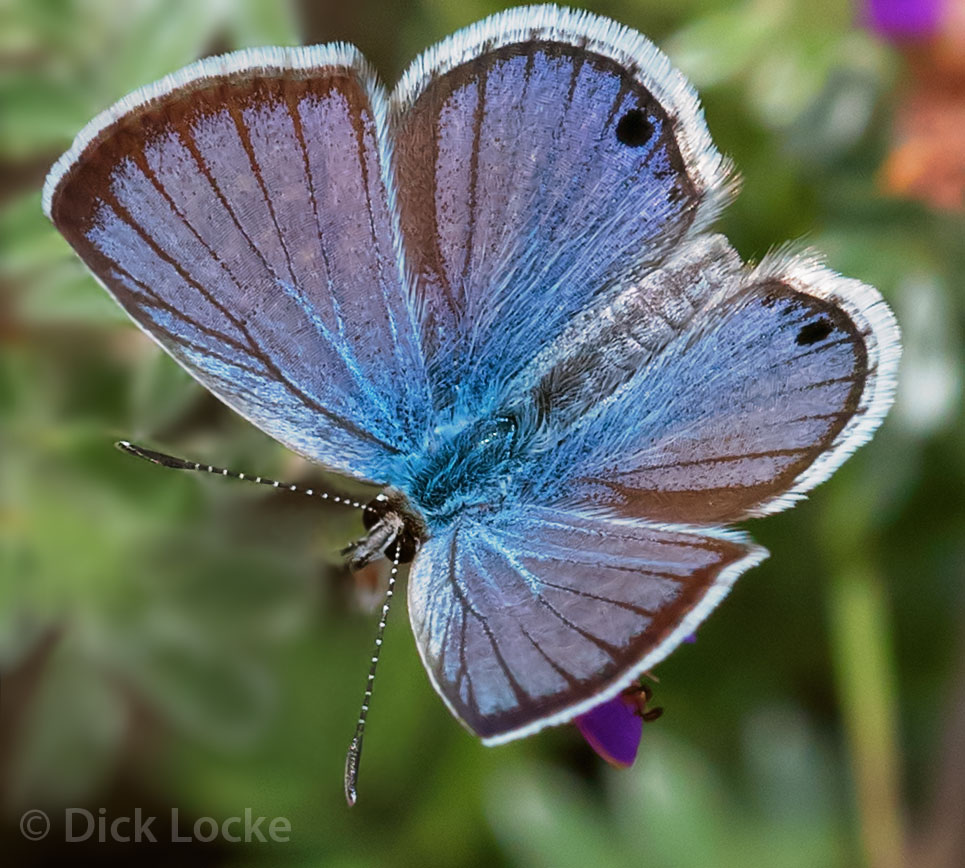 Reakirt's Blue (Echinargus isola). Fun Fact according to Bugguide.net: Often one of the most abundant species of butterflies throughout the Southwest, but sometimes not noticed due to its small size. 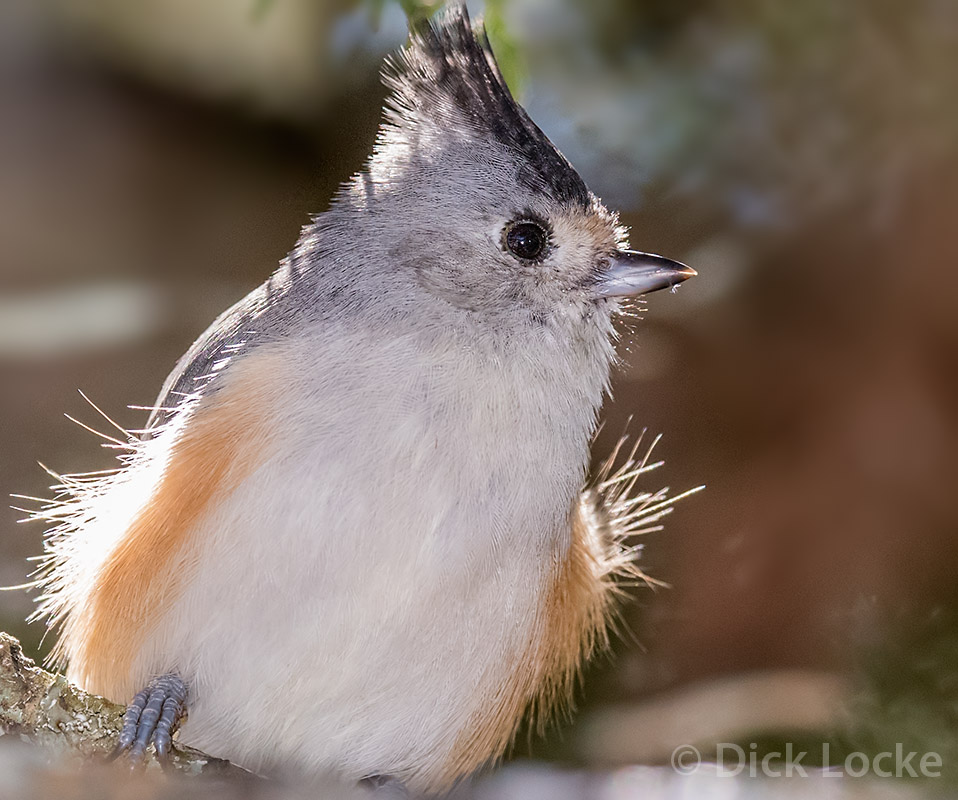 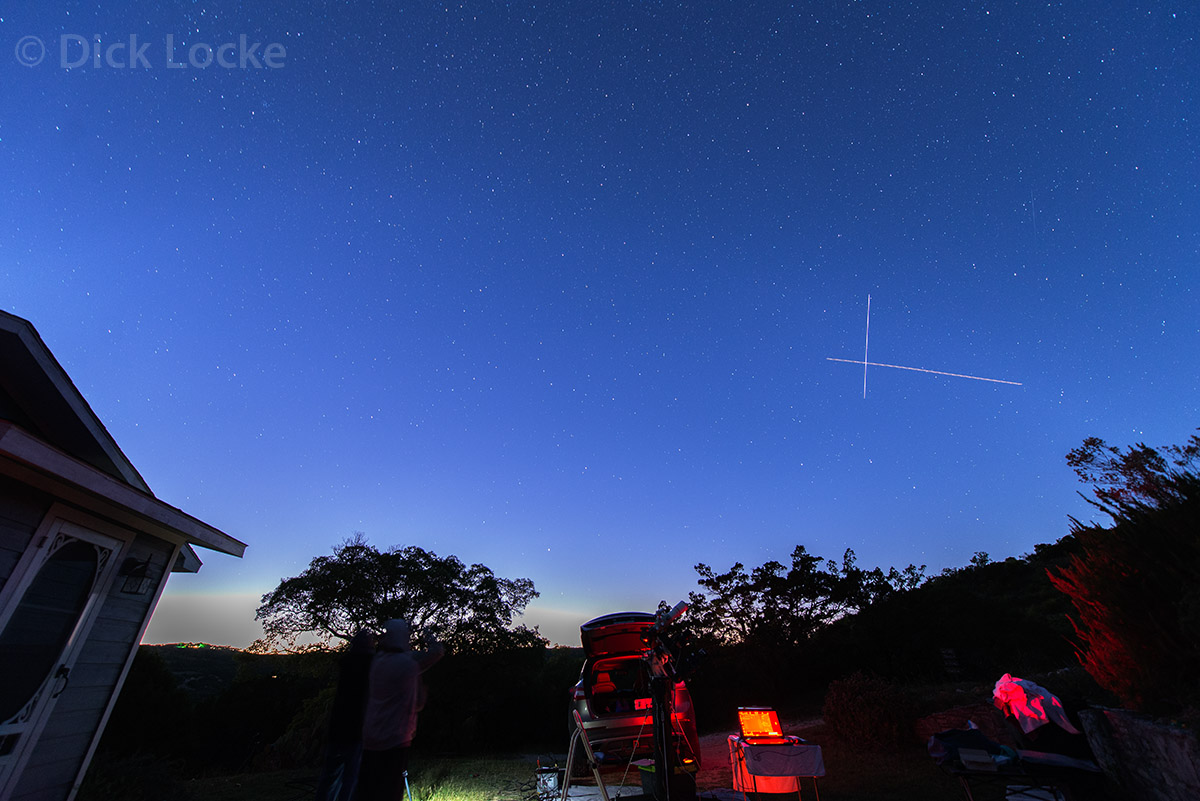 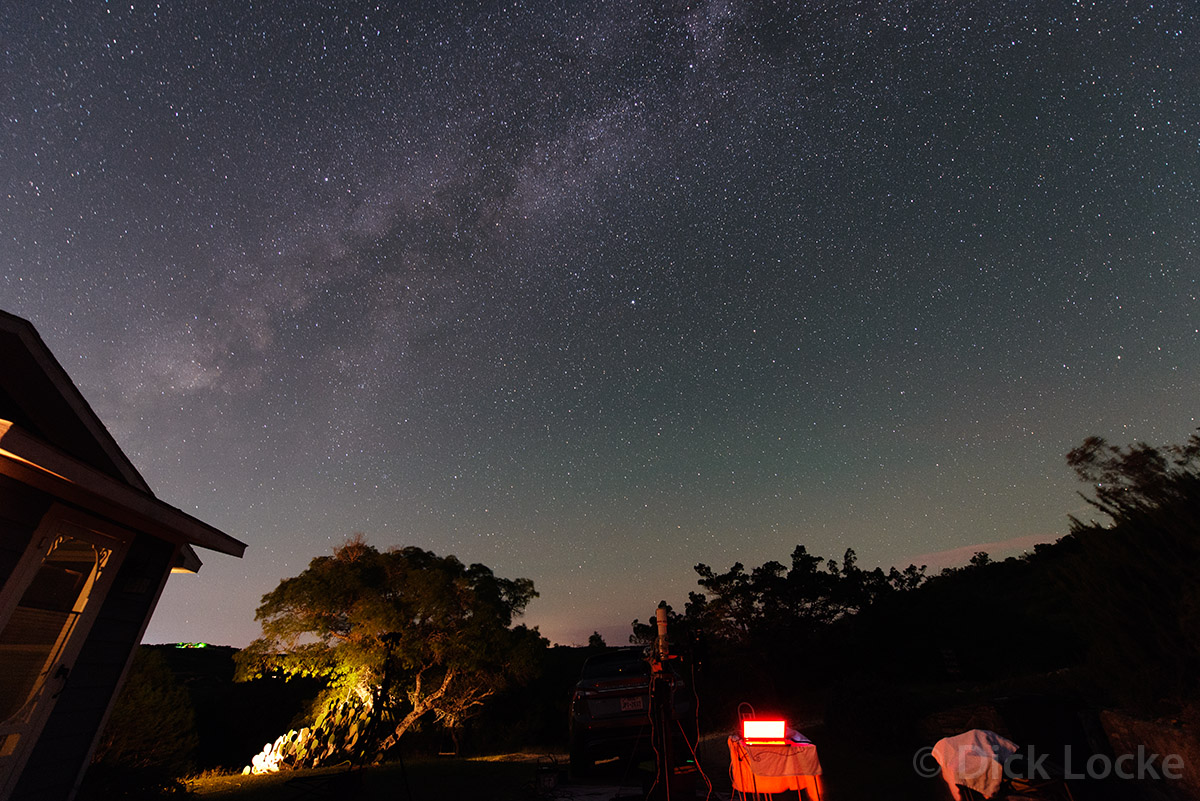 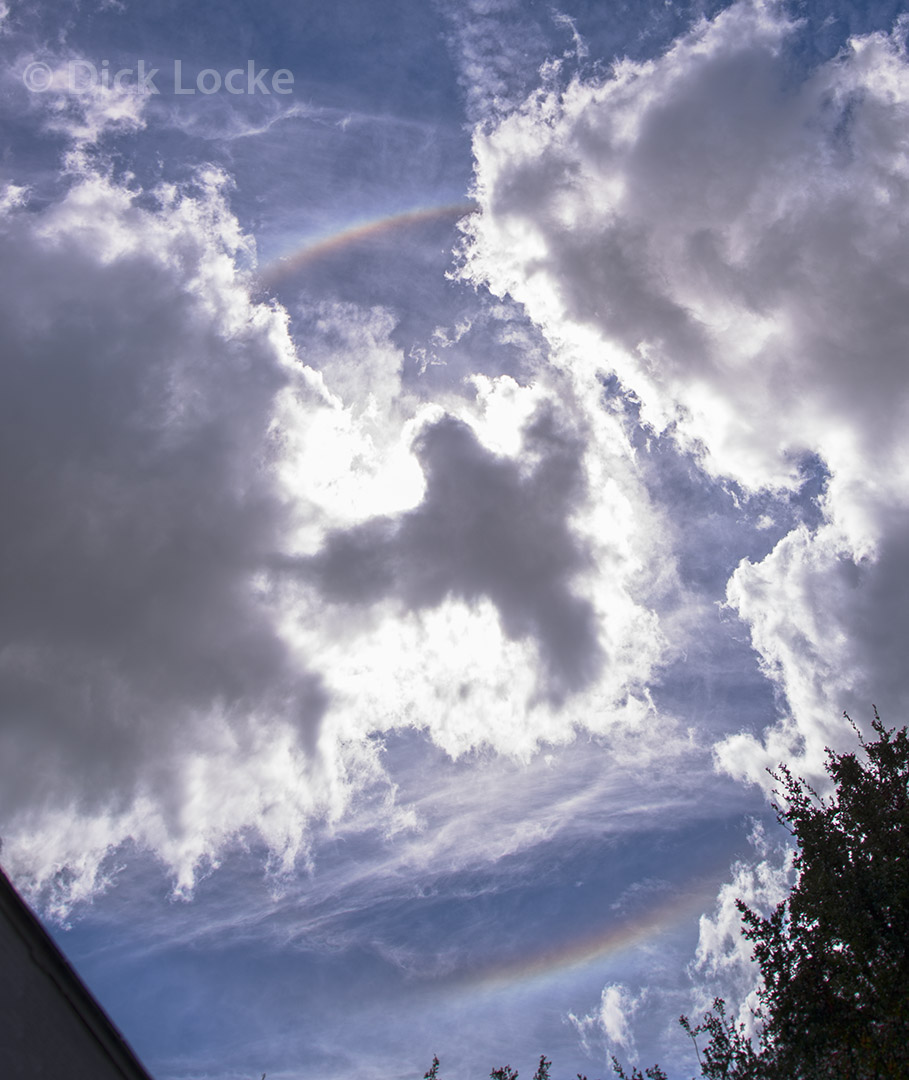 I caught this interesting phenomenon while setting up for a time lapse one afternoon. 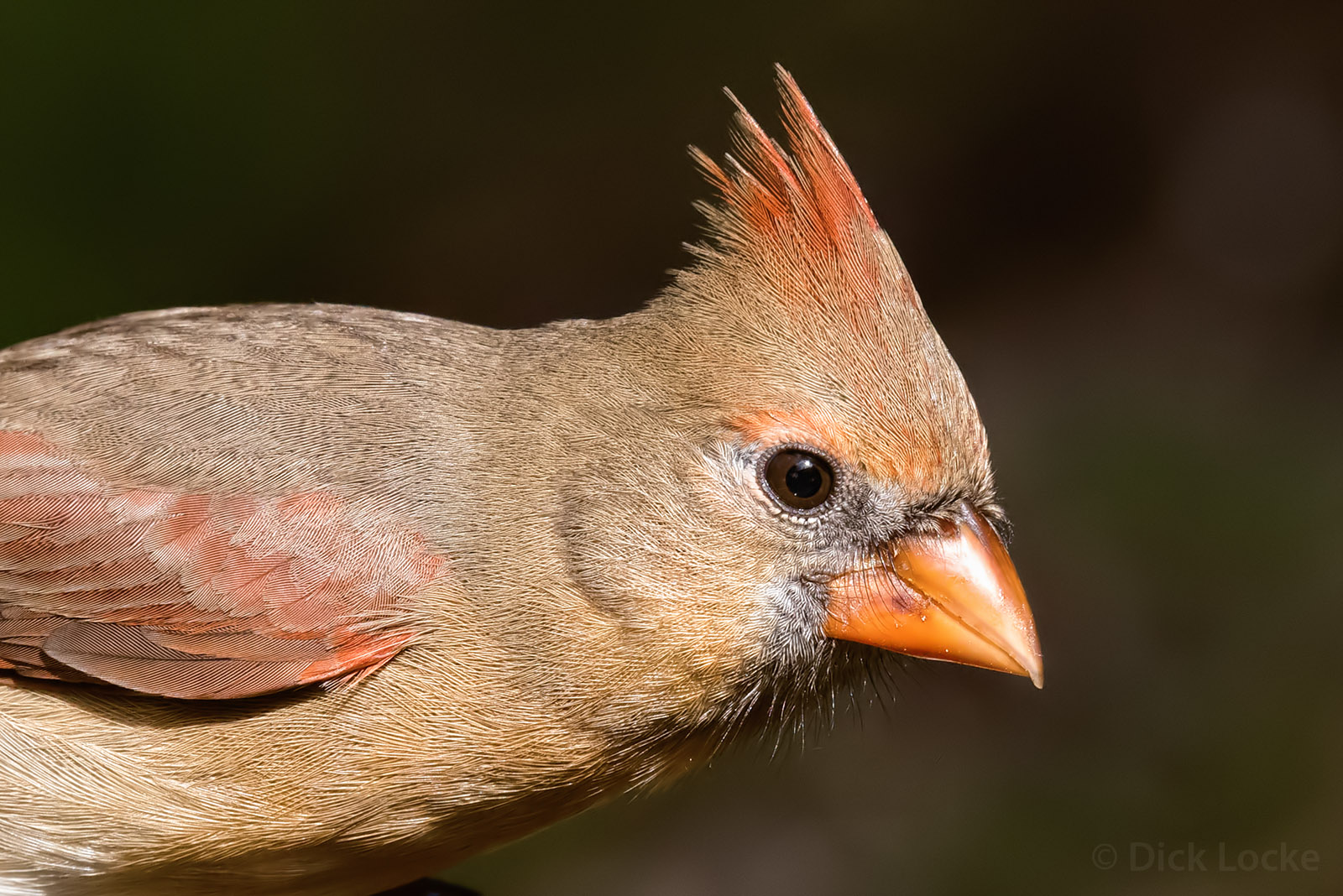 Extreme feather detail on this girl!  She's got her eye on the feeder and is about ready to head that way. 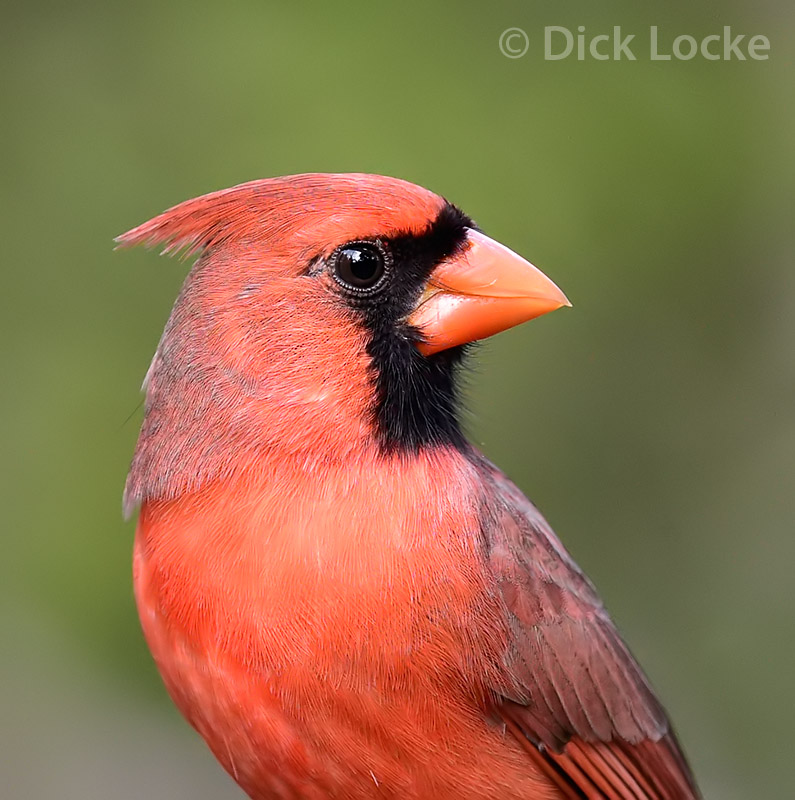 I need to do a bit more color correction this boy but he's a pretty one...  Plus Schechter seems to want a boy/girl composite so I'll see what I can do 8-)