Wider View of the North American & Pelican Nebula Area in Cygnus
Copyright © 2006, 2012, 2016 by Dick Locke.  All Rights Reserved.  Contact and Image Use Information 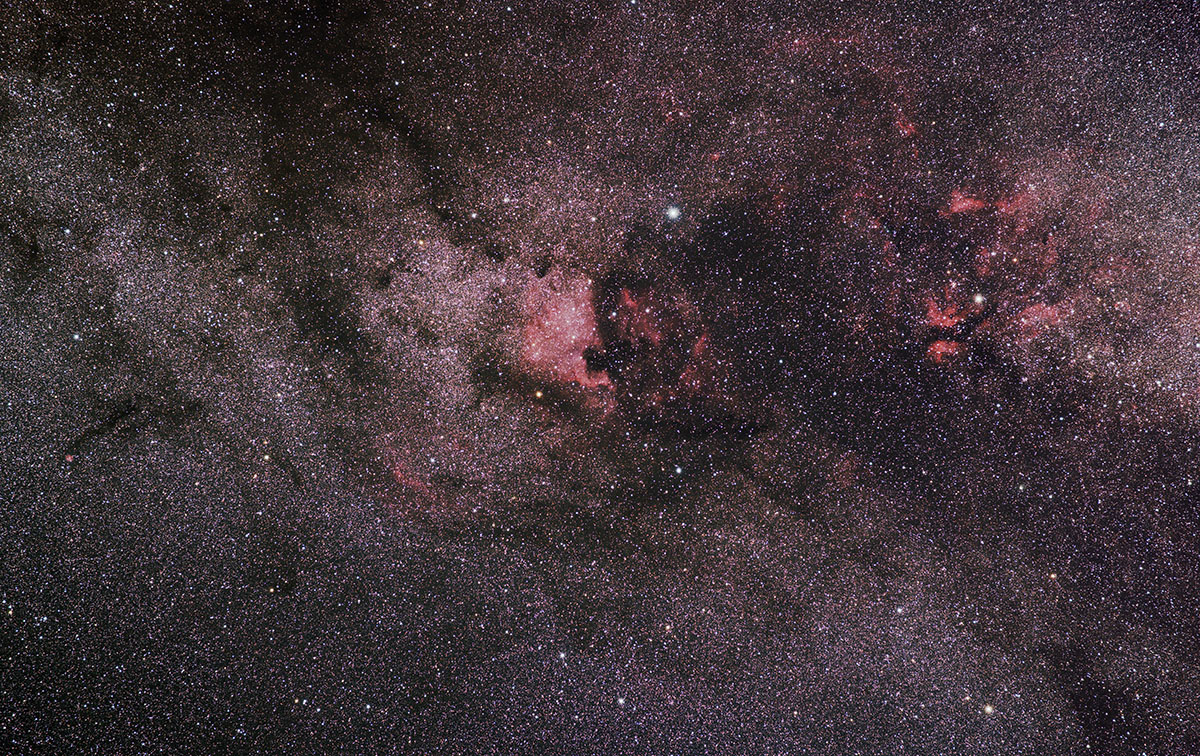 This is from the Fall 2015 trip to the Starry Nights B&B in Wimberley TX.  It shows the North American Nebula & Pelican Nebula areas in the middle, with the Butterfly Nebula area to the right.  Image Details: Nikon D810A camera, Nikon 85mm f1.8 lens at f4.5, about 3 hours total exposure (35 * 5 minutes). 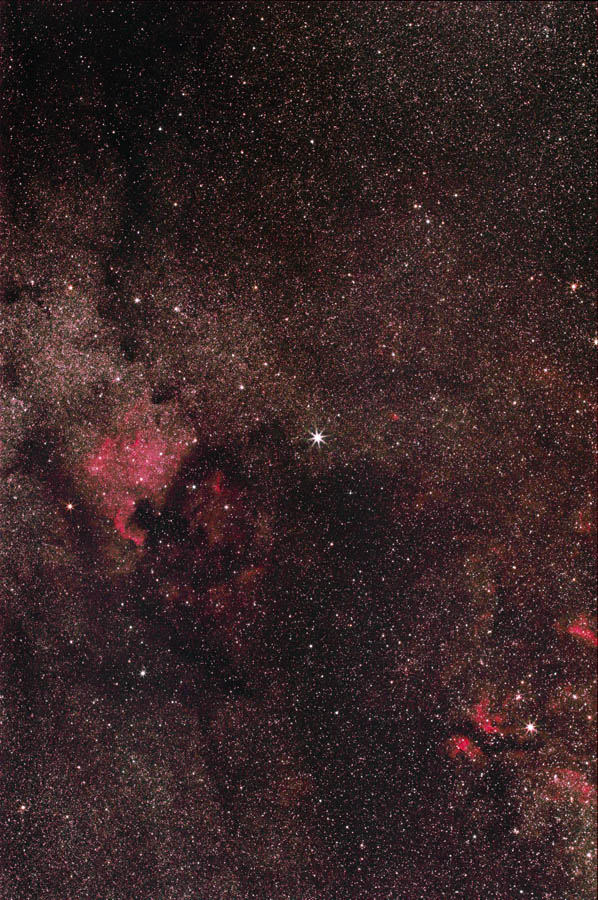 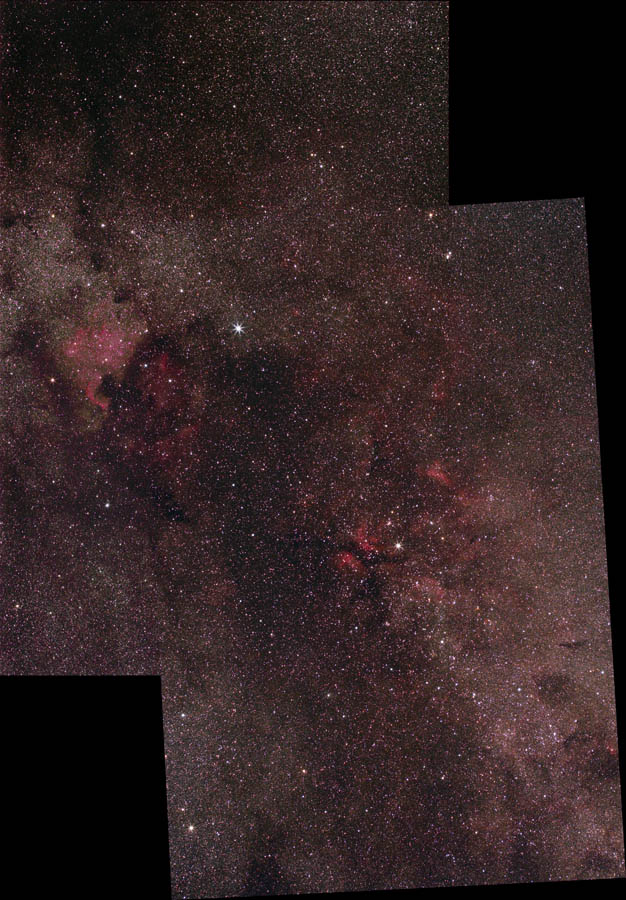 Combination of the North American Nebula and Sadr Area 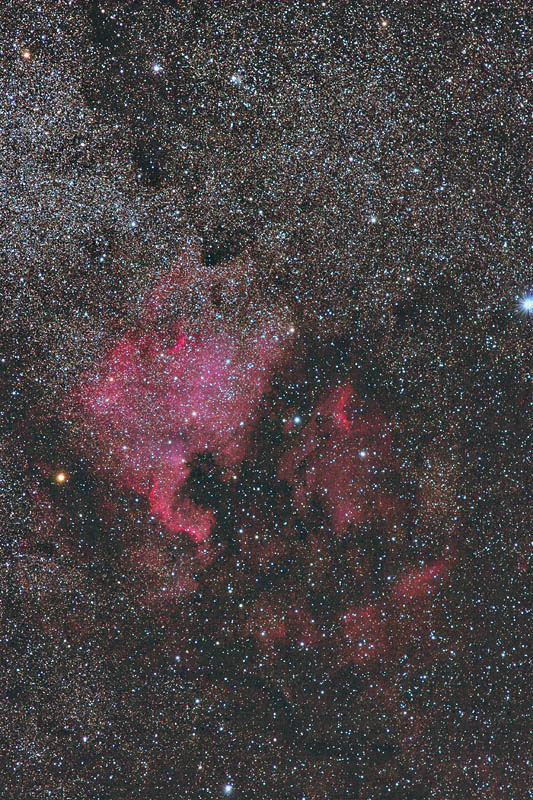 More Information from SEDS: "This nebula is lying 3 degrees from bright Deneb, Alpha Cygni. Some people claim it may be visible to the naked eye under good, dark conditions, and a preferred object for amateur astrophotographers. The distance to the North America Nebula is estimated at 1,600 light years. The North America Nebula was perhaps detected by William Herschel who cataloged a "faint, extremely large, diffuse nebulosity" near its place under his catalog number H V.37. John Herschel definitely found it and cataloged it as h 2096 and later as GC 4621. It was first photographed by Max Wolf on December 12, 1890. "

Processing Notes: I used GradientXterminator on this one.